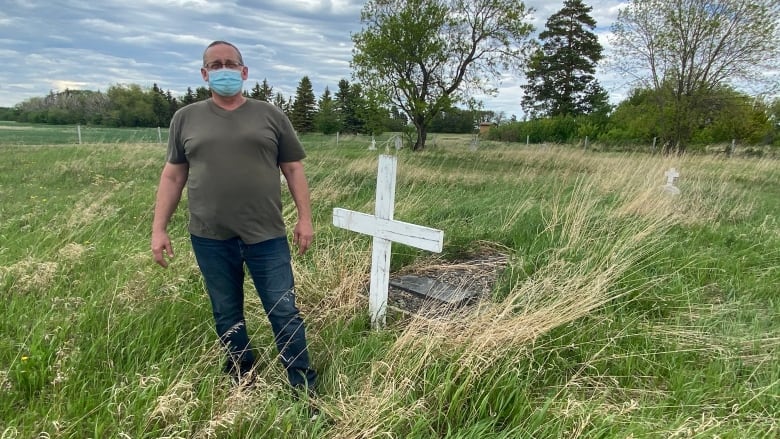 Casimir claims it has not received any records from the Missionary Oblates of Mary Immaculate, the religious order that ran the Kamloops residential school from 1890 to 1969 when the federal government took over.

Francis, in remarks to faithful gathered in St. Peter's Square, called on political and church authorities to work to shed light on what he called "this sad affair" and to foster healing.

He urged Canadian political and Catholic religious leaders to "co-operate with determination" to shed light on the finding and to seek reconciliation and healing.

The Tk'emlúps te Secwépemc First Nation in British Columbia announced on May 27 the discovery of what it believes to be the remains of an estimated 215 children buried on the grounds of the former Kamloops Indian Residential School.

Canadian Prime Minister Justin Trudeau warned that his government was prepared to take "stronger measures, ' possibly including legal action, to obtain the documents demanded by victims" families if the church fails to comply.

"I join the Canadian bishops and the entire Catholic Church in Canada in expressing my closeness to the Canadian people, traumatized by the shocking news", the pontiff continued.

"This sad discovery adds to the awareness of the sorrows and sufferings of the past", he added. "These hard moments represent a strong call to distance ourselves from the colonizing model and from today's ideological colonizing and to walk side by side in dialogue, in respect and in recognizing cultural rights and values", he said.

"We urge the authorities to conduct full-fledged investigations into the circumstances and responsibilities surrounding these deaths, including forensic examinations of the remains found, and to proceed to the identification and registration of the missing children", the United Nations said in a statement.

The UN called on the Vatican to help investigate a mass grave found at a Catholic school for Indigenous children in Canada.

Pope Francis previously apologised for the Church's role in colonialism in the Americas.

But he has mostly chosen to make direct apologies while visiting countries and talking to native peoples. No papal visit to Canada is scheduled. "We expect the Church to step up and take responsibility for its role in this".

The head of the Roman Catholic Church, Pope Francis met with both Vatican-based Canadian cardinals on Saturday and expressed his sadness over the Kamloops Indian Residential School tragedy.