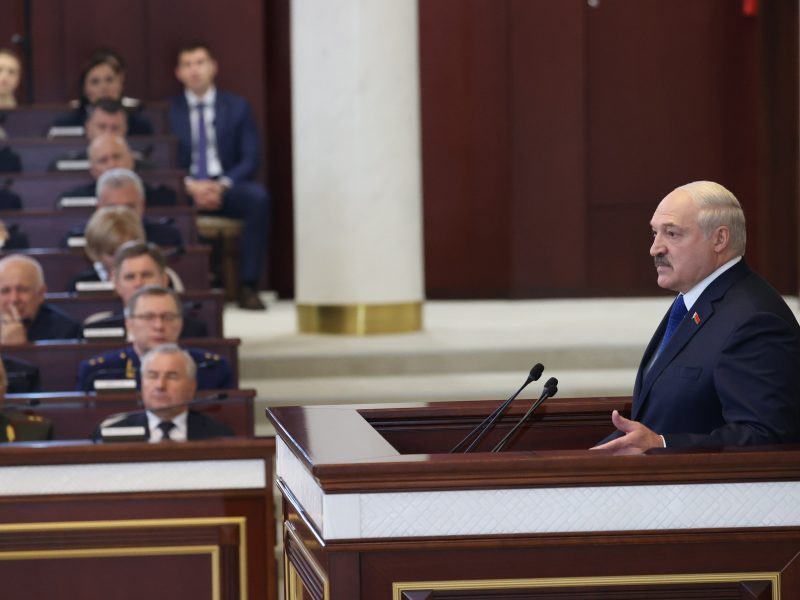 The International Civil Aviation Organization (ICAO) Council will meet as the consequences of the incident play out in Europe's airspace.

"I acted lawfully to protect our people", Lukashenko said in an address to parliament.

Lukashenko - often dubbed "Europe's last dictator" - is facing some of the strongest global pressure of his 26-year rule of ex-Soviet Belarus.

U.S. and European Union had already imposed sanctions on Belarus over the violent crackdown on protesters by Lukashenko after a disputed election previous year.

But he continues to enjoy solid support from Russian President Vladimir Putin, who is hosting the Belarusian leader on Friday.

The Kremlin said on Wednesday there was no reason to doubt statements made by the Belarusian leader.

While Russia officially welcomed the investigation, Russian envoy to ICAO Sergey Gudkov claimed that European countries seemingly already made up their minds before even considering the facts.

It added that, at a meeting, the body "underlined the importance of establishing the facts of what happened, and of understanding whether there had been any breach by any ICAO Member State of worldwide aviation law".

But the text also says signatories must "refrain from resorting to the use of weapons against civil aircraft in flight and that, in the case of interception, the lives of persons on board and the safety of aircraft must not be endangered".

Irish airline Ryanair said that flight FR4978 from Athens to Vilnius was directed to an airport in Minsk on Sunday as crew on the plane had been alerted to a possible security threat by Belarusian authorities, adding that nothing untoward was found. Protasevich, who helped organize the demonstrations against Lukashenko's rule a year ago, was arrested along with Russian girlfriend Sofia Sapega, 23, after the plane landed in the city.

The ICAO has no power to impose sanctions.

In response to the grounding of the European commercial jet, the European Union banned flights from Belarusian carrier Belavia and urged airlines based in the bloc to avoid flying over the ex-Soviet country.

European leaders are now accusing authorities in Minsk of essentially hijacking the passenger flight and they agreed this week to cut air links with Belarus and told airliners to avoid the country's airspace.

At a briefing in Vilnius, where she fled to after last year's election, exiled Belarusian opposition leader Svetlana Tikhanovskaya today called for an "economic boycott of the regime". "No amount of repression, brutality or coercion will bring any legitimacy to your authoritarian regime", she said.

Protasevich, who had been living between Poland and Lithuania, appeared in a video on Monday in which he confessed to helping to organise mass unrest, a charge that could land him in jail for 15 years.

His father Dmitry Protasevich said that his son's lawyer was told that the journalist was not in his detention cell.