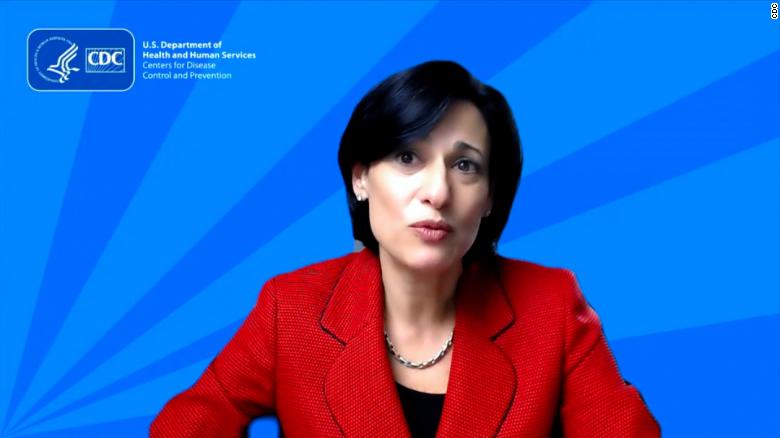 US President Joe Biden appeared without a mask to address reporters in front of the White House, calling the new CDC guidelines "a great day" in the fight against COVID.

The easing guidance could open the door to confusion, as there is no surefire way for businesses or others to distinguish between those fully vaccinated and those who are not.

The science has shown that those who are fully vaccinated - 2 weeks since their second dose of either the Pfizer or Moderna vaccines or since having a single dose of the Johnson & Johnson vaccine - are protected against COVID-19, said Walensky.

They now say that guests should not wear a mask when doing activities that may get the mask wet, like swimming at a beach or in recreational water facilities.

The recommendation comes just two weeks after the CDC continued to suggest fully vaccinated people continue to mask up indoors in most situations.

"You should still mask and you should get vaccinated right away", Walensky advised those who haven't been vaccinated.

The FAA reinforced that statement, tweeting, "If you are fully vaccinated, you are still required to wear a mask while at the airport and on the plane".

Walensky noted that people with compromised immune systems should speak to their doctors before giving up their masks. Test positivity rates are also at the lowest point since the pandemic began last March.

About 154 million Americans, more than 46% of the population, have received at least one dose of COVID-19 vaccines.

The more people continue to get vaccinated, the faster infections will drop - and the harder it will be for the virus to mutate enough to escape vaccines, she stressed, urging everyone 12 and older who's not yet vaccinated to sign up. Federal officials also said vaccinated Americans should abide by existing local and state regulations.

The CDC revealed that there is a big change regarding those individuals in the United States who are fully vaccinated. While this may serve as an incentive for some people to get vaccinated, that is not the goal.