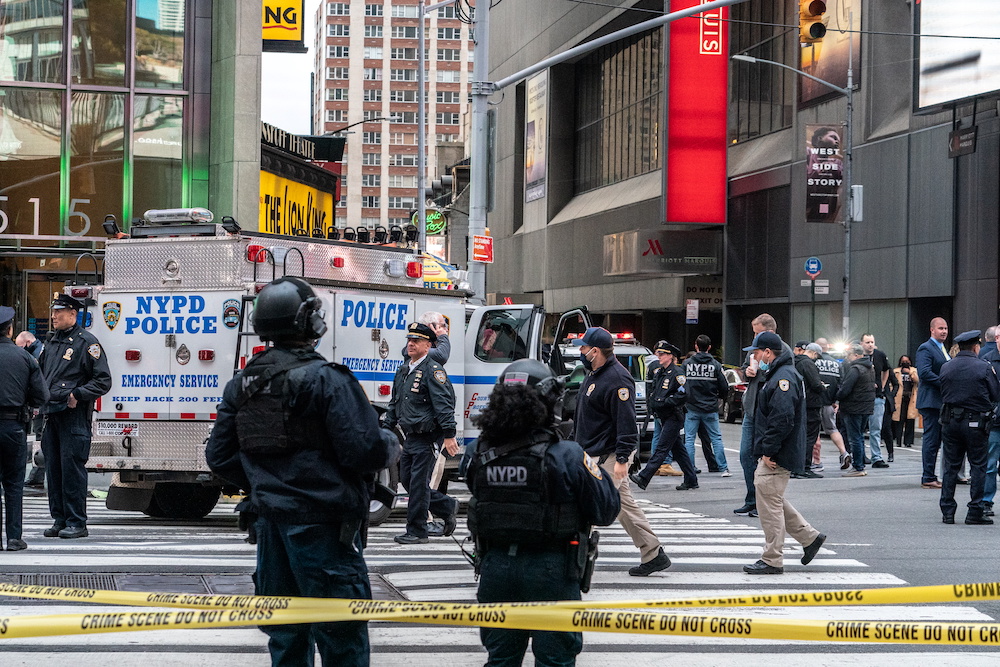 Law enforcement sources told The New York Post that 31-year-old Farrakhan Muhammad has been named as a person of interest in Saturday night's Times Square shooting that injured three people, including a four-year-old girl, according to reports.

Police released on Twitter a photo of a man in connection with the shooting and are seeking information about his identity or whereabouts.

They are expected to survive, and are being treated for non-life-threatening injuries at Bellevue Hospital.

The shooting happened around 5 p.m. local time at the intersection of 44th Street and 7th Avenue in New York City. How many more people have to be injured?

The three victims were a four-year-old child in a stroller, who was hit in the leg while her family was buying toys, a 46-year-old woman hit in the foot, and a 23-year-old tourist from Rhode Island hit in the leg. Overnight, NYPD detectives and a K9 unit found clothing discarded in trash cans that match those worn by the person of interest.

"It appears that all three are innocent bystanders", Shea said.

Police are asking for the public's help in identifying the possible suspect.

Mayor Bill de Blasio called the shooting "senseless violence" and promised that those responsible would be brought to justice.

"The flood of illegal guns into our city must stop", he urged, referring to the rise in shootings and crime in the city in recent months.

"I think we've we've spoken about this ad nauseum at this point day in and day out". "When is this going to end?"

The second victim is a 23-year-old female tourist from Rhode Island came to visit the Statue of Liberty but it was closed, so she made a decision to come to Times Square.