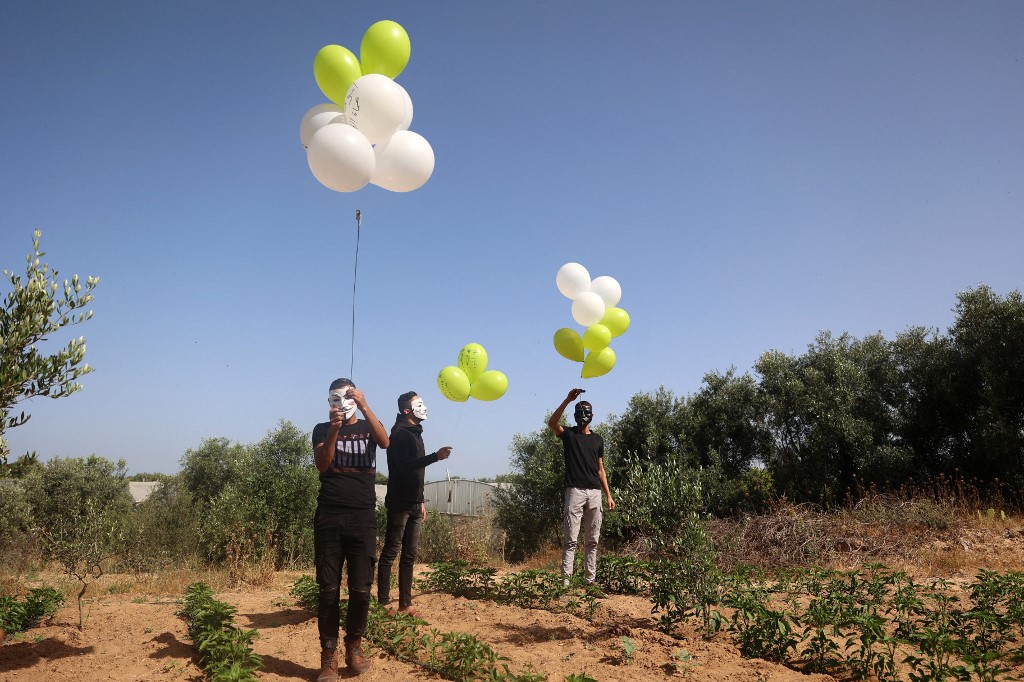 The State Department said it was "deeply concerned about the heightened tensions".

The night before saw some of the worst clashes in the city in years, with more than 200 Palestinians and at least 17 Israeli police were wounded in skirmishes near the mosque, emergency workers and police said.

There were also reports of a small protest on Israel's border with Gaza.

Israel vowed on Sunday to restore order in Jerusalem after hundreds of Palestinian protesters were wounded in weekend clashes with Israeli security forces, as a key court hearing on a flashpoint property dispute was postponed.

The violence, along with the planned evictions in east Jerusalem, have drawn condemnations from Israel's Arab allies and expressions of concern from the United States, Europe and the United Nations.

Israeli police take a Palestinian into custody during a protest at the Masjid al-Aqsa compound in East Jerusalem on Sunday.

At least 205 Palestinians and 18 Israeli officers were injured in Friday's confrontations, which drew worldwide condemnations and calls for calm.

A spokesman for Mandelblit said the court agreed to receive a future submission from the attorney-general and that a new session would be scheduled within 30 days.

The event marks Israel's capture of East Jerusalem - home to the Old City and its holy sites - in 1967.

Tensions have been high in Jerusalem since the start of the Muslim holy month of Ramadan, with a spike in recent days over the threatened evictions of Palestinian families in the Sheikh Jarrah neighbourhood of east Jerusalem.

"We salute the ppl. of Al-Aqsa, who oppose the arrogance of the Zionists & we call on our ppl.in Palestine to support their brothers by all means", Moussa Abu Marzouk, a leader of the armed Islamist group Hamas that rules Gaza, said on Twitter.

Palestinian fears have been fuelled by a long-running bid by Jewish settlers to take over Palestinian homes in east Jerusalem.

"We will continue to maintain freedom of worship for all faiths, but we will not allow violent disturbances", he said. Israel claims the entire city as its eternal, indivisible capital.

Palestinian medics said a number of protesters were injured. "Time is near when global politics will be based on morality [and] not on vested interests", he tweeted.

Palestinians and worldwide rights groups portray the planned evictions as an ongoing campaign by Israel to drive Palestinians from traditionally Arab neighbourhoods, especially in the heart of Jerusalem.

The statement urged the Israeli authorities to honor their responsibilities under global law by providing the necessary protection for Palestinian civilians and respecting their right to perform their religious rituals.

Qureshi reiterated that Palestinians should get their rights and Pakistan stood with Palestine.

Hamas chief Ismail Haniyeh called on Sunday for a united Arab and Muslim response against Israel's "provocative desecration of the sanctity of (the) Al-Aqsa Mosque".