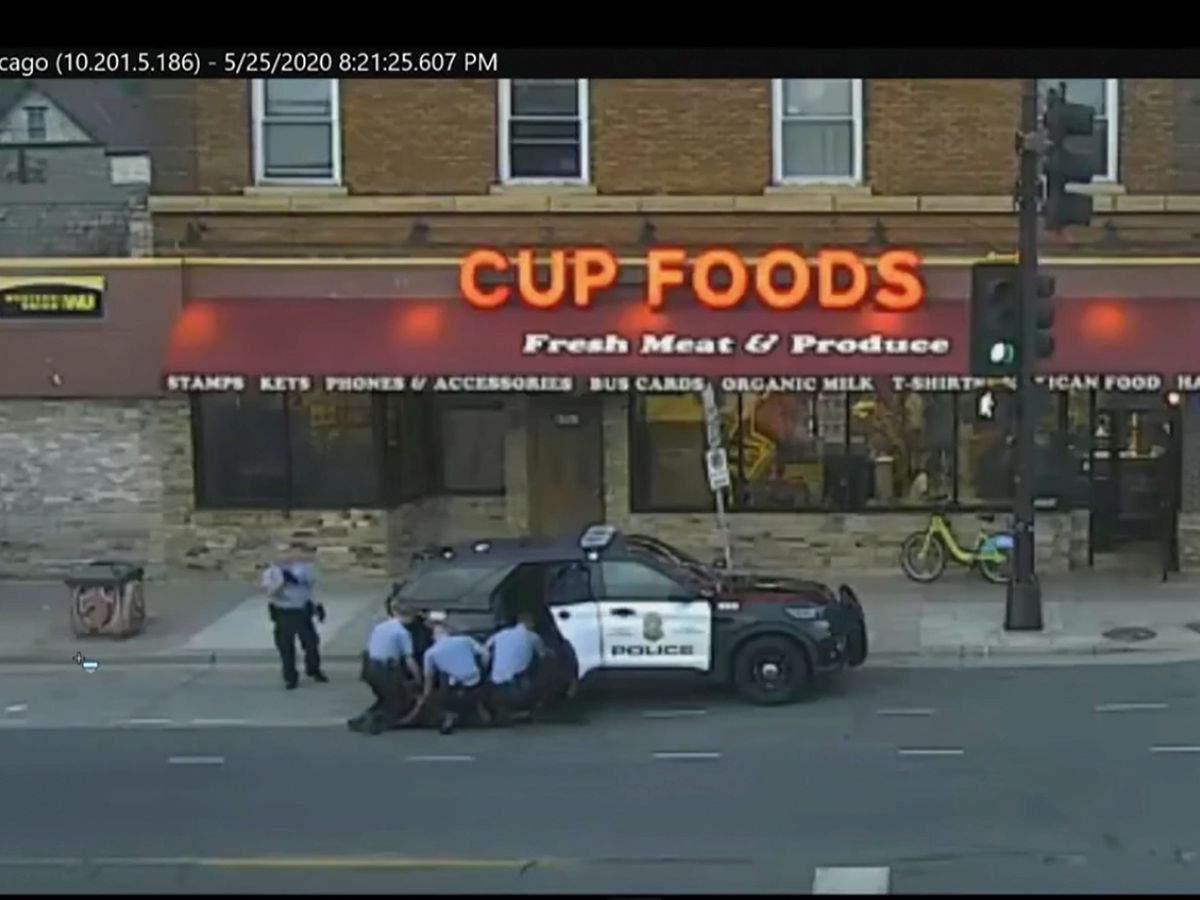 The other officers-J. Alexander Kueng and Tou Thao were charged for failing to intervene in Chauvin's use of unreasonable force, according to the indictment.

Chauvin is charged with violating Mr Floyd's right to be free from unreasonable seizure and unreasonable force by a police officer. All four officers are charged for failing to provide him with medical care.

Chauvin is also charged in a separate indictment accusing him of violating the rights of a 14-year-old youth during a September 2017 arrest.

Lane, Thao and Kueng made their initial court appearances Friday via videoconference in U.S. District Court in Minneapolis. Protests spread across the US

Chauvin's three colleagues appeared in federal court this morning in Minnesota on Friday morning, where Thao was released on a $25,000 bond.

The three former officers named by the federal grand jury also face state charges in a trial planned for August. Chauvin is also accused of holding "his knee on the neck and the upper back of Juvenile 1 even after Juvenile 1 was lying prone, handcuffed, and unresisting". The state lawyers also say Thao held a gathering crowd back and prevented them from intervening in the arrest.

Chauvin's lawyer, Eric Nelson, argued during his murder trial that Chauvin acted reasonably in the situation and Floyd died because of underlying health issues and drug use.

Floyd's arrest and death, which a bystander captured on video, sparked protests nationwide and widespread calls for an end to police brutality and racial inequality.

News of the indictments were celebrated by civil rights leaders and activists like the Rev. Al Sharpton and the National Action Network, who said in a statement the charges show "we have a Justice Department that deals with police criminality and does not excuse it".

Sources told the Star Tribune that leading up to Chauvin's murder trial in state court, federal prosecutors believed they had enough evidence to charge Chauvin, but they feared publicity around indictments would disrupt the other trial.

"The federal government has a responsibility to protect the civil rights of every American and to pursue justice to the fullest extent of federal law", said Minnesota Attorney General Keith Ellison, who is serving as special prosecutor on the state's cases.

The Minneapolis Police and Peace Officers Association, which is providing legal representation for the four officers in their state cases, said it will be doing the same in federal court with the same attorneys. "It is a reminder of the need to put police reform in place".

In late April, the Justice Department indicted three men on federal hate crime charges in the February 2020 death of Ahmaud Arbery, a 25-year-old Black man who was running in a Georgia neighborhood when he was chased down and shot.

The Justice Department said Friday's indictment is separate from its recently announced and still ongoing civil "pattern or practice" investigation looking into the policing practices of the entire Minneapolis Police Department. At the time, it was the most significant civil rights prosecution undertaken by Biden's Justice Department.

Chauvin was convicted of second-degree unintentional murder, third-degree murder and second-degree manslaughter. The white former officer will be sentenced next month and faces up to 40 years in prison. Kim Potter faces a manslaughter charge after the death of Daunte Wright in Brooklyn Center, Minn.