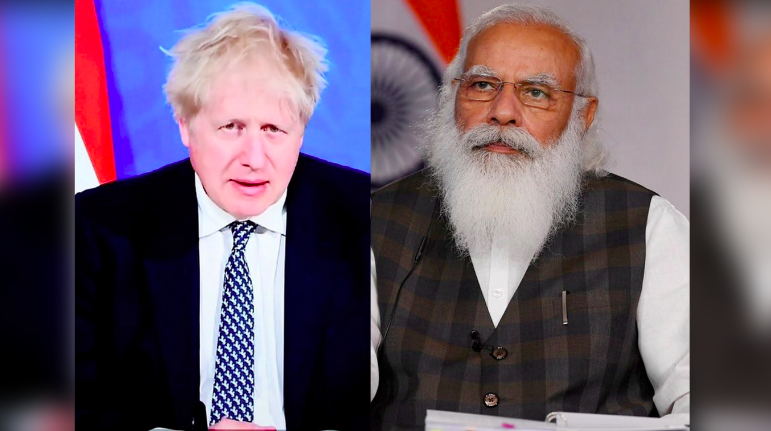 The leaders met virtually to compensate for Johnson cancelling his trip to India last month owing to the deteriorating Covid-19 situation. India has elevated the status of its relationship with the United Kingdom to a "Comprehensive Strategic Partnership" - the first European country to be granted that status.

Under this agreement, 3,000 Indian professionals can avail themselves of employment opportunities in the United Kingdom for two years without being subject to a labour market test. "They agreed to increase maritime co-operation, inviting the UK's Liaison Officer to India's Information Fusion Centre, establishing an annual India-UK Maritime Dialogue and strengthening operational coordination", said the joint statement.

"Without drastic measures to bolster the health system to deal with this onslaught, decreased social mixing, and increased effective face mask use, the situation now looks quite grim for India", said an updated country-specific policy briefing from the Institute for Health Metrics and Evaluation (IHME), a widely regarded independent research wing of the University of Washington based in Seattle. The UK's Integrated Review highlights the importance of the Indo-Pacific region to the UK and India is "an indispensable partner in that region", Downing Street said, pointing out the UK's Carrier Strike Group will visit India later this year when Indian and British navies and air forces will undertake joint training exercises to enable future cooperation in the Western Indian Ocean.

India's chronically underfunded public healthcare system already faced a shortage of 600,000 doctors and two million nurses before the pandemic struck. Just 9.5% of the population of 1.35 billion has received at least a single dose.

The institute reportedly also projected that India will report over 1 million (10 lakh) deaths by the start of August.

"In the decade ahead, with the help of new Partnership signed today and a comprehensive Free Trade Agreement, we will double the value of our trading partnership with India and take the relationship between our two countries to new highs", Johnson said. This includes CMR Surgical exporting its next-generation "Versius" surgical robotic system, which helps surgeons perform minimal access surgery, being rolled out to hospitals in India.

The UK side noted that Indian firms would invest in projects worth 533 million pounds, which will create 6,000 new jobs.

£200 million of these deals will support low carbon growth.