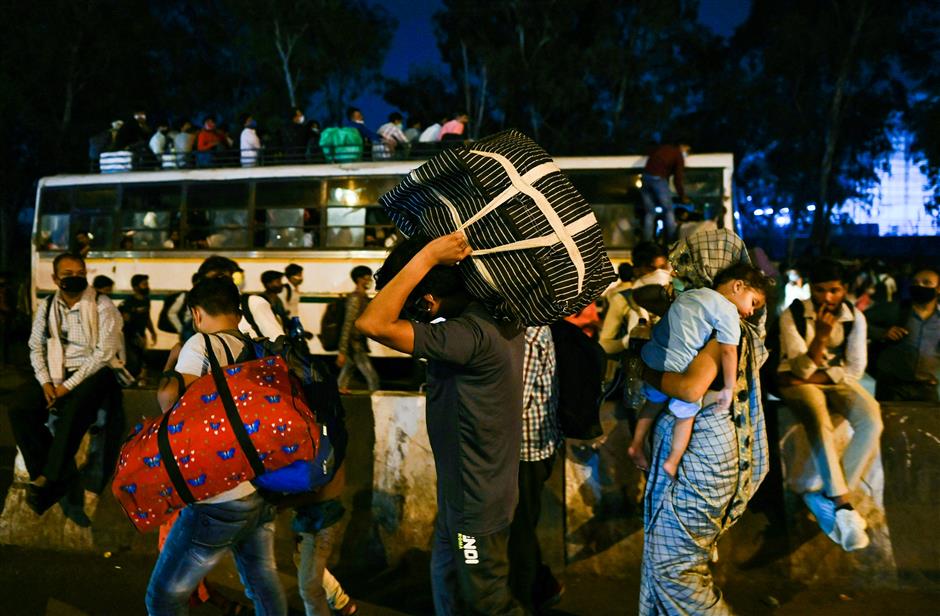 Residents in Delhi, which is under a six-day lockdown that began on Monday night, are fighting for hospital beds, oxygen, medicines - and even a place in its many crematoriums and graveyards.

"In most hospitals in Delhi, oxygen is available for the next 8 to 12 hours only".

More than 1,600 people in India died from the virus from Sunday into Monday-while new case numbers there have been higher than 200,000 a day for almost a week.

The Indian Army on Tuesday said it is converting its base hospital in Delhi to an exclusive COVID-19 facility for armed forces personnel as well as veterans.

The health minister of the megacity of around 25 million inhabitants, Satyendar Jain, urged the federal government to "restore oxygen supply chain to avert a major crisis".

Mr Kejriwal's deputy Manish Sisodia said oxygen in some hospitals will run out in 8-12 hours.

Delhi also witnessed a marginal dip in infections without a drastic decline in the number of tests. The national capital also recorded 23,686 fresh coronavirus cases in the last 24 hours.

Sir Ganga Ram Hospital said its oxygen stock would last till 1 am. Most patients are coming in a critical condition and require oxygen.

Delhi is facing an acute shortage of oxygen and if adequate oxygen is not supplied to Delhi by Wednesday morning, a complete outcry may follow. Its chairman D S Rana said, "6,000 cubic meters of it is left, which at the rate of current consumption will last till 1 am".

The consumption of oxygen has undergone a quantum increase with the admission of a large number of serious patients who require oxygen support, it said. However, it only took 15 days for the cases to cross the 1.50-crore mark.

The latest date released by the health ministry showed there had been 295,041 new infections nationwide overnight and 2,023 deaths, India's highest in the pandemic.

Meanwhile, the Centre on Monday said that everyone above 18 years of age will be eligible to get vaccinated against COVID-19 from May 1, the central government said on Monday as it liberalised the vaccination drive to allow states, private hospitals and industrial establishments to procure the doses directly from manufacturers.