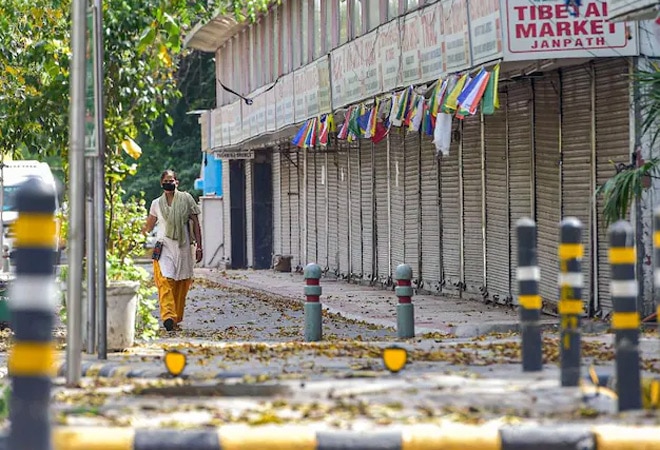 Deputy Chief Minister of New Delhi Manish Sisodia on Sunday that there is shortage of oxygen in many hospitals of Delhi and that they will run of it in next 10-12 hours.

Delhi saw close to 25,500 cases on Sunday, according to the CM, and the health infrastructure is under vast pressure as ICU beds and oxygen supply were running out.

Chief Minister Arvind Kejriwal on Sunday said around 25,500 new COVID-19 cases have been reported in Delhi and the positivity rate has increased to almost 30 per cent in the last 24 hours. "I request the Centre to allot 7,000 of 10,000 beds in view of severe Covid-19 cases". Of which, 1,800 beds are now reserved for Covid-19 patients.

The Delhi government is constantly working to augment the number of oxygen beds and ICU facilities amid the crisis, Kejriwal said.

A private hospital in the city closely missed a tragedy Saturday night due to shortage of oxygen, he said.

There are just 37 ventilator beds and 58 ICU beds without ventilators available in Delhi at present.

He also asked the Centre to reserve 50 per cent beds in central government hospitals in Delhi for COVID-19 patients. Kejriwal cited that less than 100 ICU beds were available in Delhi now and said he spoke to Union Home Minister Amit Shah on Sunday morning and stressed on the need of beds for the Covid patients.

Kejriwal wrote, "The COVID-19 situation in Delhi is quite serious".

CM Kejriwal met Lieutenant Governor Anil Baijal and other top officials on Monday (April 19) and it is expected that the decision to extend the weekend lockdown would be announced after this meeting. He said the number of beds are also running out fast and the Delhi government is trying to escalate beds on a large scale in the coming days.