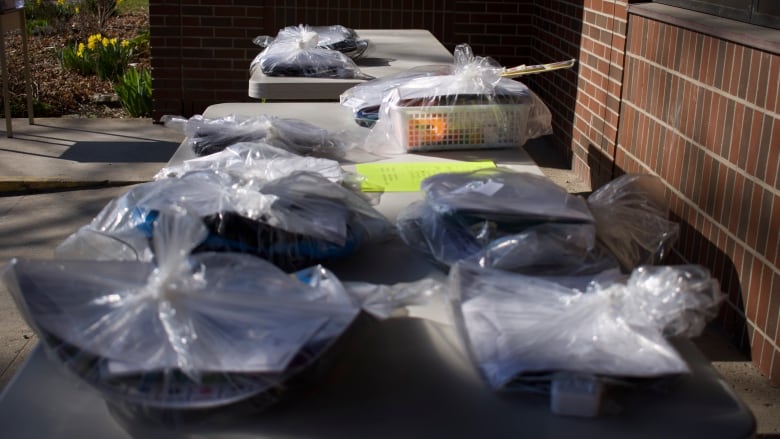 Premier Doug Ford made the announcement this afternoon.

Elementary and high school students will not be returning to in-class learning after this week's spring break.

The provincial government announced on Monday that all publically funded elementary and secondary school students will continue virtual learning after the April break.

With the rapid spread of COVID-19 variants of concern, Ontario Premier Doug Ford says kids will not be returning to the classroom after the April break.

"Bringing our kids back to a congregate setting in schools after a week off in the community is a risk I won't take", Ford said.

Private schools operating in-person this week are to transition to remote learning by April 15.

The announcement to keep schools closed comes just a day after Lecce issued a letter to parents insisting that schools would remain open while the province is under a stay-at-home order.

Child care for non-school aged children will continue, but before and after school programs are closed. It has 1,646 COVID-19 patients in hospital, including 619 in intensive care.

The province says school boards will make provisions for continued in-person support for students with special education needs who require additional support that can not be accommodated through remote learning. The government says that data will be assessed on an ongoing basis and health officials will be consulted to determine when it will be safe to resume in-person learning.

"Despite these efforts, we recognize the threat posed by rising numbers of COVID-19 cases, increase in hospitalization, and the pressure our healthcare system experiencing as a result", said Ontario's Education Minister. Students were supposed to return to school a week from today.

Ontario said it will add hundreds of critical care beds this week to help with an influx of COVID-19 cases that is pushing the health-care system to the brink.

The province reported 217 new COVID-19 in schools today, including 186 in students.

Health Minister Christine Elliott said there are 1,016 new cases in Toronto, 613 in Peel Region, and 519 in York Region. Special education teachers throughout the province will be receiving vaccines this week, however, it takes around two weeks for the vaccine to take effect.