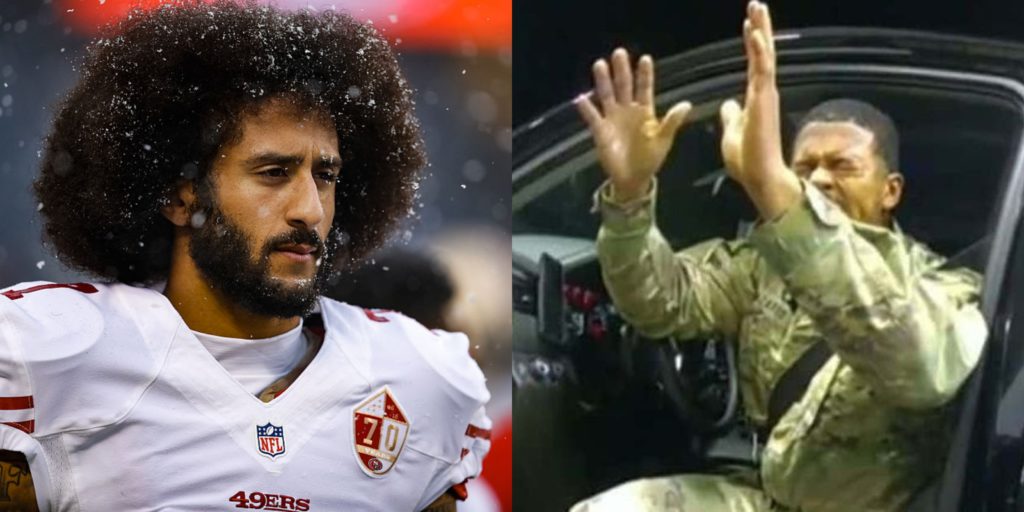 Caron Nazario says his constitutional rights were violated by the traffic stop in the town of Windsor in December.

Both sides dispute what happened after a second officer joined the first one. At that point, two officers approached Nazario, guns drawn, yelling at him to get out of the auto.

The officers later warned Nazario not to complain about their treatment of him, threatening to criminally charge him, the lawsuit said.

The lawsuit alleges that the officers, Joe Gutierrez and Daniel Crocker, didn't have probable cause to charge Nazario with any crimes, the stop was illegal and that the police officers threatened to ruin the Army officer's military career should he file charges against them. Nazario was returning home from his duty station when the incident happened, his attorney Jonathan Arthur said in a statement.

Nazario has graduated from Virginia State University and was commissioned out of their Reserve Officers' Training Corps program, Arthur told AP.

"Why am I being treated like this", he asks them.

When a patrol auto activated its siren and emergency lights behind Caron Nazario in December, the Army lieutenant says he was reluctant to immediately pull over.

When a police cruiser signaled for him to stop, the lawsuit says Nazario put on his blinkers, slowed down and looked for a lighted place to stop.

The officers approached Lieutenant Caron Nazario's Chevy Tahoe like rabid dogs, even though he was in full uniform. Nazario then got out of his vehicle and asked for a supervisor.

At this point, Nazario is sobbing.

"Gutierrez responded with knee-strikes to Lt. Nazario's legs to force an already compliant and blinded Lt. Nazario down on his face ostensibly to handcuff him", Arthur wrote.

The officers chose to "pull their weapons, illegally detain Lt. Nazario, threaten to murder him, illegally spray him with [pepper spray], and illegally searched his vehicle", the complaint says.

The traffic stop was captured on Nazario's cellphone video, and the body-worn cameras worn by Crocker and Gutierrez, according to the lawsuit. Nazario, who reportedly believes he was racially profiled, filed a lawsuit against Gutierrez and Crocker on April 2, according to multiple reports.