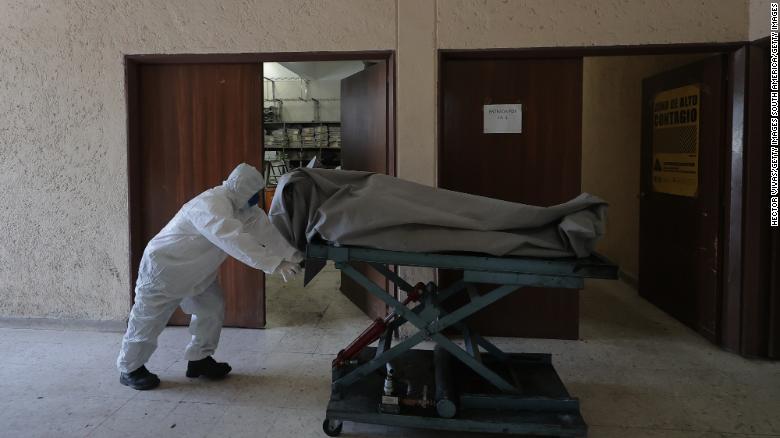 The ministry's number is based on test-confirmed cases, while the new figure is based on death certificates and includes people who died at home.

Last week, Brazil became the second country to record 300,000 deaths from COVID-19. "The only way to get a clear picture is to review "excess deaths" and review death certificates", the AP said. But on Sunday, Mexico shot past Brazil to take over the No. 2 spot for coronavirus deaths after officials announced a massive revision to the country's death toll.

The report finds that from the start of the pandemic up to February 14, 2021, there were 294,287 deaths linked to Covid-19. Mexico has by far the lowest population of the three countries.

The new report reveals how deadly the second wave in Mexico was, revealing a jump in around 75,000 deaths during just the first month-and-a-half of this year.

National statistics institute INEGI reported in January that Mexico had registered 68 percent more coronavirus deaths up to the end of August 2020 than reported at the time by the health ministry. A review of death certificates found about 70.5 per cent of the excess deaths were Covid-19 related, often because it was listed on the certificates as a suspected or contributing cause of death.

Total excess deaths in Mexico during the pandemic stood at 417,002 by the sixth week of 2021, according to the data.

Former President Felipe Calderón, Tweeted on Saturday that "more than 400,000 Mexicans have died, above the average for previous years ... probably the highest figure in the world".

More news: Stranded Ever Given back afloat in Suez Canal

Suez chief cites possible 'human error' in ship grounding
Asked when they expect to free the vessel and reopen the canal , he said: "I can't say because I do not know". The Suez Canal is an artificial sea-level waterway in Egypt connecting the Mediterranean Sea to the Red Sea. 3/29/2021

Australia's Queensland state coronavirus cluster grows to three
Along with the nine venues visited by the Stafford man, there are now 24 venues that are considered possible exposure sites. Contact tracers are paying particular attention to the Carindale mall and Mama's Italian Restaurant in Redcliffe. 3/29/2021