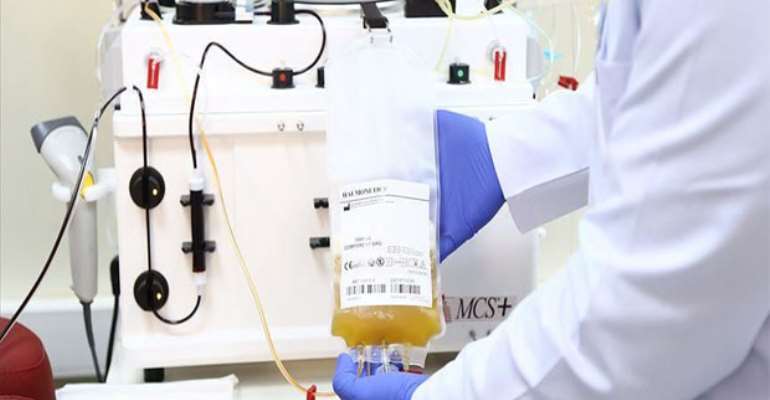 The final report, a joint WHO-China study, which AFP obtained Monday ahead of its official release, spelled out how the joint team of Chinese scientists and worldwide experts thrashed out the hierarchy of probability.

According to the Associated Press, it's expected to say the most likely scenario was the virus was transmitted from bats to humans through another animal.

But it its report, the team proposed further research in every area except the lab leak hypothesis - a speculative theory that was promoted by former U.S. President Donald Trump among others. Ahead of its release, senior US officials, including Secretary of State Antony Blinken, expressed concern about content and framing of the report, saying Beijing "helped to write it".

The W.H.O.'s findings don't provide a lot of new information but it will give the reasoning behind their hypothesis.

The expert team of 10 global investigators, 17 Chinese counterparts and 10 members of other agencies spent four weeks in China in January and February. But Tedros stressed that "all hypotheses are open, from what I read from the report. and warrant complete and further studies".

The U.S. government has questioned whether the WHO-convened experts were given enough access to reach a reliable conclusion.

Zhao, the Chinese Foreign Ministry spokesperson, told reporters Monday: "I can not help but ask, when will the U.S.be as open and transparent as China on the epidemic and origin-tracing issues?"

The team investigated all possibilities, including one theory that the the virus originated at the Wuhan Institute of Virology.

The mission was never meant to identify the exact natural source of the virus, an endeavour that typically takes years.

Neither Tedros nor the US-led statement mentioned China directly, but the country's foreign ministry hit back at the perceived criticism from the World Health Organization chief, saying that Beijing had fully demonstrated "its openness, transparency and responsible attitude". "And we have pointed to many additional studies that should be conducted from now on". The researchers said a direct spread from bats to humans was also possible.

The food chain, in particular the potential for frozen products acting as a "surface" for the transmission of the virus.

China's official explanation maintains that the Huanan live food market in Wuhan - an early hotbed of infections - may have been exposed to the virus through channels including cold chain foods and animal products from other parts of the world.

While it's possible an infected animal contaminated packaging that was then brought to Wuhan and infected humans, the report said the probability is very low.

"In the first study, animals, including four Chinese pangolins and 25 Malayan pangolins, had been obtained during anti-smuggling operations by the Guangdong customs in March and August 2019".

Dr Tedros said the team had difficulty accessing raw data and called for "more timely and comprehensive data sharing" in the future.

In a statement to member states after the report was released, Ghebreyesus said: "Let me say clearly that as far as World Health Organization is concerned, all hypotheses remain on the table".

Twelve months later, there have been more than 127 million cases of COVID-19 around the world, with 2.8 million people dying from the disease.

The investigative team of 34 Chinese and global scientists, says it remains "possible" the virus entered Wuhan through frozen food, imported from another area of China or even from overseas - although there is scant evidence to support this in the report or its annexes.

The market was an early suspect because some stalls sold a range of unusual animals, and some wondered if they had brought the new virus to Wuhan.

Stranded Ever Given back afloat in Suez Canal
Osama Rabei, the head of the Suez Canal Authority, said workers continued "pulling maneuvers" to refloat the vessel early Monday. The pilot spoke to The Associated Press on condition of anonymity as he wasn't authorised to brief journalists. 3/29/2021