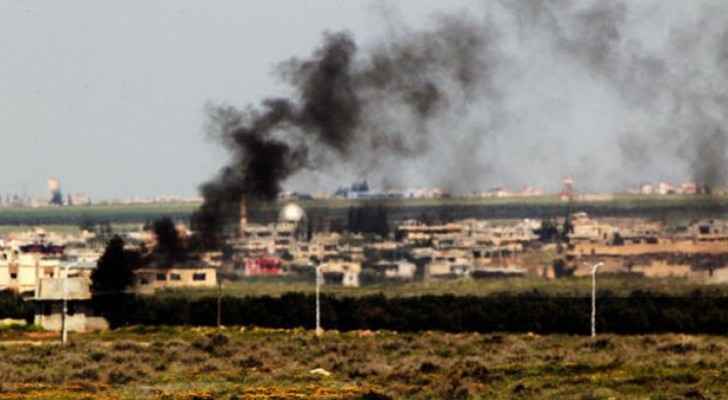 Israel does not comment on its military operations overseas, but is suspected of carrying out regular airstrikes in Syria against Syrian and Iranian military targets.

The Israel Defense Forces did not immediately comment on the late-night strikes, in accordance with its policy to neither confirm nor deny its operations in Syria, save for those in retaliation for an attack from the country.

SANA cited a Syrian military source as saying that the country's air defences responded to Israeli missiles in the central province, "intercepting most" of them. Syrian media also reported that four more civilians were wounded, and the strikes destroyed three houses.

"The Israeli aggression resulted in the martyrdom of a family, including a father, mother and two children" on the governorate's western edges, SANA added. State TV said the family killed had been displaced by Syria's almost 10-year conflict.

It said the posts were destroyed, adding that parts of one of the air defense missiles fell on a residential area, causing the casualties among civilians.

Syria's foreign ministry complained in a letter to the United Nations chief and the U.N. Security Council, calling the attack a "flagrant violation of Syria's sovereignty" and worldwide law, SANA said.

Israel usually hits what they claim are Iranian targets inside Syria, although they are usually Shia militias.

Tension has been high in the Middle East in recent weeks around the anniversary of the US killing of Iran's Revolutionary Guard commander Qassem Soleimani in Baghdad last January.

A senior USA intelligence official with knowledge of the attack told the Associated Press that the airstrikes were carried out with intelligence provided by the United States and targeted a series of warehouses in Syria that were being used as part of the pipeline to store and stage Iranian weapons.

With frictions high between Israel and the Iranian-backed Lebanese Hezbollah, drone activity is common along the border.

More news: MDHHS to allow opening of bars and restaurants