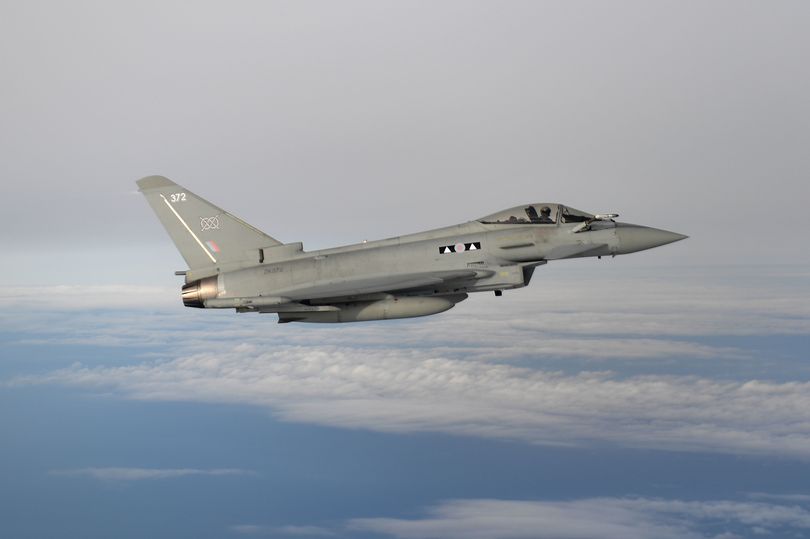 The hashtag "sonic boom" trended on Twitter on Tuesday after the jets scrambled from RAF Coningsby in Lincolnshire to intercept the plane - which had lost communications and was escorted to London's Stansted Airport.

"The RAF can confirm Quick Reaction Alert Typhoon aircraft were launched this afternoon from RAF Coningsby to intercept a civilian aircraft that had lost communications", a Royal Air Force spokesman said.

"The Typhoon aircraft were authorised to transit at supersonic speed for operational reasons", he said.

People in Cambridgeshire, Essex, Hertfordshire and parts of London heard the boom.

The jet, which came from Nurnberg, Germany, was escorted to London Stansted airport where it landed safely.

He tweeted: "Absolutely no coincidence that I'm hitting golf balls on the Rec and there is a sonic boom heard in Cambridge. Blew my window off its casement stay and scared the bloomin' life out of me and the several pigeons outside!"

Such a military response is standard if air traffic control loses radio contact with a pilot.

The loud explosion was caused by a sonic boom from an RAF Typhoon which flew over the county today.

It is believed the plane landed safely at around 1.40pm.

It can be heard over such a large area because it moves with the plane, rather like the wake of a boat spreading out behind the vessel.

RAF Typhoon jets are understood to have flown up to Mach 1.6 (1.6 times the speed of sound) in order to intercept the flight although they are capable of flying at twice the speed of sound, Mach 2.0 and above.