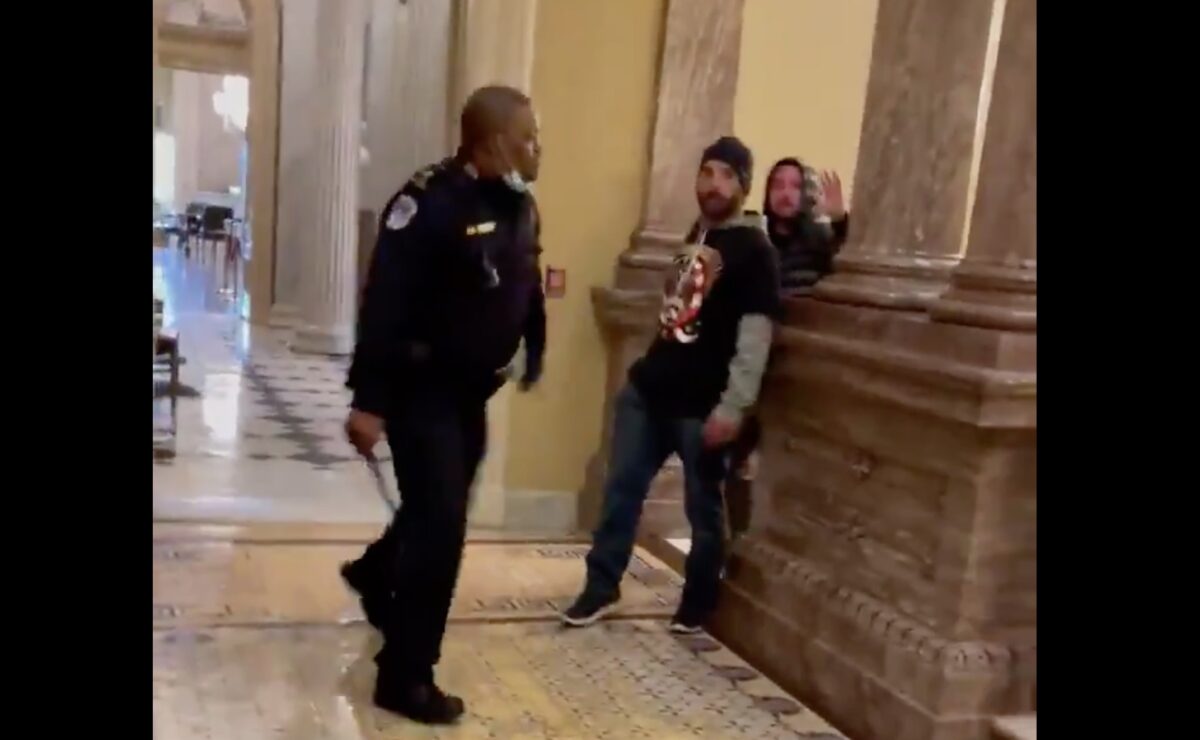 A Capitol police officer is being hailed for his quick thinking for appearing to lead a group of rioters away from the Senate chamber, which police had not yet secured in the deadly breaching of the building last week by supporters of President Trump.

Contee said the officer is not one of those shown in videos that went viral following the riot at the U.S. Capitol on January 6.

"As Trump's fascist mob ransacked the US Capitol, this fearless USCP officer kept murderous rioters away from the Senate chamber and saved the lives of those inside", wrote congressman Bill Pascrell on Twitter. My thanks, Officer Goodman. "THANK YOU." Read rest of story here.

Riots throughout the Capitol building occurred after Trump's "stop the steal" rally on Wednesday.

Goodman radioed "second floor" to other officers while rushing up the stairs as the horde followed him closely. "My fellow petitioners and I are calling on leaders in the House and Senate recognize his courage and his long career of defending the United States by awarding him the highest military honor, the Medal of Honor". "He nearly certainly saved lives on Wednesday".

Mr Goodman's standoff with the mob came just minutes before authorities were able to seal the chamber, according to reporting from the Washington Post. A petition is now calling for the heroic officer to receive the Medal of Honor for his fearless efforts during the Capitol attack by domestic terrorists.

A Capitol Police officer also died amid the chaos.

In front of the officer, coming up the stairs, is a mass of rioters. More news: Ontario announces state of emergency, issues stay-at-home order

As reported by outlets such as the New York Times and Associated Press, Police Sergeant Paul Parizek confirmed that Des Moines officers assisted the Federal Bureau of Investigation in arresting 41-year-old Doug Jensen on Friday night at his home. Officer Brian Sicknick, 42, a 12-year veteran of the force, died Thursday after he "was injured while physically engaging with protesters", the Capitol Police said in a statement.