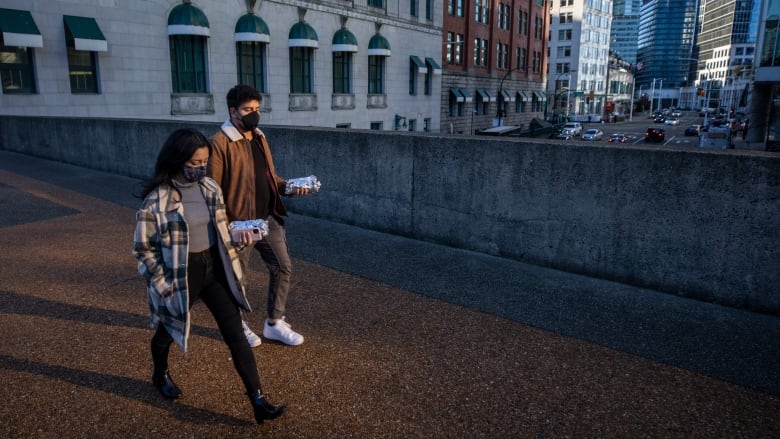 22 British Columbians have died from COVID-19 over the weekend, marking a grim milestone in the province's pandemic history.

Within IH, there are now 880 active cases, with 36 people in hospital and nine people in intensive care. Public health is monitoring 7,238 people across the province who are in self-isolation due to COVID-19 exposure.

Quebec is reporting 1,869 new cases of COVID-19 and 51 more deaths attributed to the novel coronavirus, including 18 within the previous 24 hours.

The spread of the virus in the Okanagan mountain community was first reported in mid-December, and has continued since that time.

Vaccine doses are expected to arrive on Cowichan Tribes territory Wednesday and members over 65 will receive their first shot as soon as possible, according to the Island Health Authority.

People over 65 will be prioritized to receive the shot first.