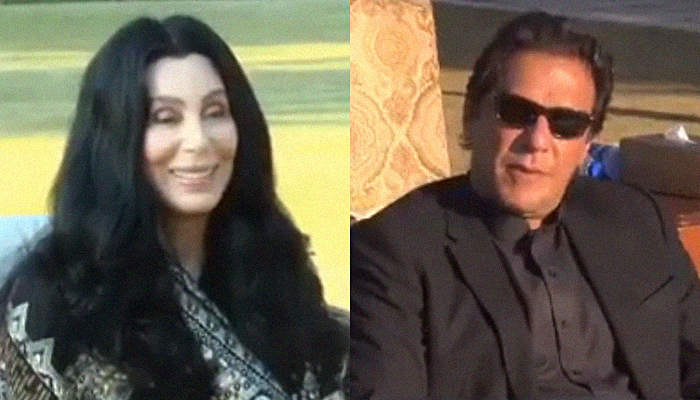 Khalil said there are many elephants at the sanctuary, but in particular three female elephants are awaiting Kaavan's arrival.

The elephant has languished in the zoo for 35 years, and lost his partner in 2012.

A statement from the prime minister's office said former cricket star Khan had thanked Cher and invited her to participate further in environmental initiatives in Pakistan.

"Thanks to Cher, but also local Pakistani activists, Kaavan's fate made headlines around the world, and this contributed to the facilitation of his transfer", Martin Bauer of Four Paws International, a Vienna-based animal welfare group that's led the charge to save Kaavan, told The Associated Press on Friday.

Officials at Islamabad International Airport (IIA) and the Airport Security Force (ASF) have been directed to make arrangements in accordance with the standard operating procedures (SOP) for the smooth transportation of Kaavan to the airport from the Marghzar Zoo.

"Celebrities lending their voices to good causes are always welcomed, as they help starting public discourse and raising pressure on responsible authorities", he said of Cher's involvement in the campaign. Kaavan Will Be Able To Leave For Cambodia On The 29.

In 2016, Cher, who co-founded a wildlife protection charity named Free The Wild, or FTW, launched a #SaveKaavan campaign for his relocation.

The singer is also helping to pay for Kaavan's relocation. "It's not like we're doing this because Kaavan is a shiny object - it's what we do". She tweeted she was making a documentary on Kaavan and said, "I$3 Think documentary will be heartwarming".

During the hearing Dr Amir Khalil and German expert Frank Gortz, who came from Austria for shifting of Kavan, appeared before the court and stated that the elephant would be sent to Cambodia and two bears to Jordan.

The plight of Kaavan, an overweight, 35-year-old bull elephant, has drawn global condemnation and highlighted the woeful state of Islamabad's zoo, where conditions were so bad that a court in May ordered all the animals to be moved.

An initial medical examination in September showed Kaavan's nails had cracked and were overgrown due to improper care and an insufficient enclosure with flooring that damaged its feet. Campaigners say the heartbreaking image of Kaavan standing above the dead body of his partner shocked the world. The elephant also developed a stereotypical behavior because of his loneliness, the cause of his shaking head back and forth for hours.

The Goddess of Pop arrived in the federal capital to see off Kaavan, the world's loneliest elephant.

Since then, the organization has been working with the Islamabad Wildlife Management Board to get Kaavan ready to be relocated.

Bauer lauded the powerful impact celebrity voices can have for animal rights.

"Around the globe there are animal lovers, famous and not famous, and the support of every single one of them is crucial", he added.