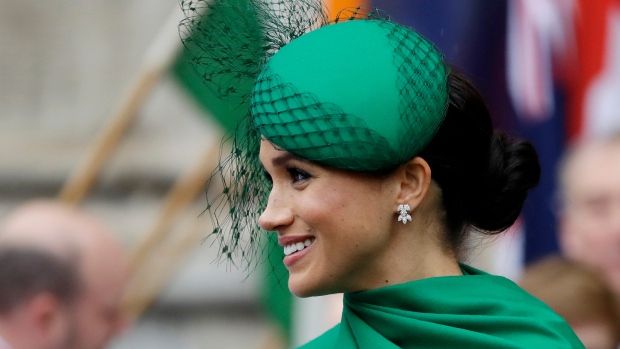 Meghan Markle has revealed she had a miscarriage in July.

Many Brits learned of the tragedy as Susanna Reid and Piers Morgan covered it as the news first broke. Hours later, she was in the hospital, holding on to Harry's hand.

In a first-person piece for the New York Times Markle explained she had been looking after son Archie, who was born in May 2019, when she realised what was happening.

"You will remember the picture that they took on remembrance Sunday when they went to the Los Angeles National Cemetery, some people criticised that. I tried to imagine how we'd heal".

"Perhaps much easier than it would have been were they still in the Royal Family".

Meghan Markle has penned a personal article about the heartbreak of experiencing a miscarriage.

An estimated one in four pregnancies in the United Kingdom ends in a miscarriage according to the charity Tommy's, which funds research into miscarriages, stillbirths and premature births, with most women losing their babies during the first 12 weeks of pregnancy.

"Loss and pain have plagued every one of us in 2020, in moments both fraught and debilitating", she wrote.

However, the Duchess hopes that sharing her story will help other people in her situation feel solace.

"Prince Harry and Meghan Markle have continued to do certain things but most of the things they have done has been on video calls and facetime", Ship said.

Bradby spoke to Meghan in a garden in Johannesburg, South Africa about her experience of a year which has seen her face ever more public attention before.

You can read the full article here, but perhaps it's Markle's closing line perfectly encapsulates her whole message: "Are we OK?"

Writing in the New York Times Meghan detailed the events of the miscarriage: "It was a July morning that began as ordinarily as any other day: Make breakfast". Find that missing sock. "Throw my hair in a ponytail before getting my son from his crib", she wrote.

"After changing his diaper, I felt a sharp cramp". She hummed a lullaby to keep herself and the baby calm when she felt something wasn't right.

"I knew, as I clutched my firstborn child, that I was losing my second", Meghan Markle said, revealing that she suffered a miscarriage earlier this summer.