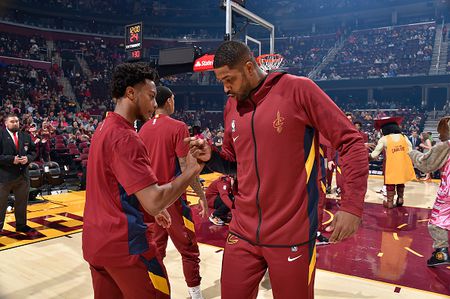 The veteran big man has reached an agreement to join the Boston Celtics, a two-year deal worth $19 million, reports Chris Haynes of Yahoo Sports.

The Cavaliers tried to convince Thompson to return, but their offer was for less than what the Celtics were willing to pay, according to The Athletic's Joe Vardon.

More news: PSG 'completely stopped playing' against Monaco but have Neymar back for Leipzig

Thompson will slot in at center for Boston, where the Celtics have had a questionable rotation. Tristan Thompson is one of the best rebounders and defenders in the National Basketball Association.

Thompson figures to shore up the interior weaknesses of Boston's starting five, offering post-scoring and rebounding to a club that features perimeter stars like Jayson Tatum and Kemba Walker.

The 29-year-old Thompson's departure from the Cavs ends his nine-year career with the team, which was largely focused on his ability in the paint and on defense. He finishes his Cavs career with averages of 9.4 points and 8.7 rebounds in 619 games and was part of the 2016 team that won the title over the Golden State Warriors in seven epic games.

The move leaves the Celtics with about $4 million to spend, as the team continues to search for a backup point guard and bench shooter.