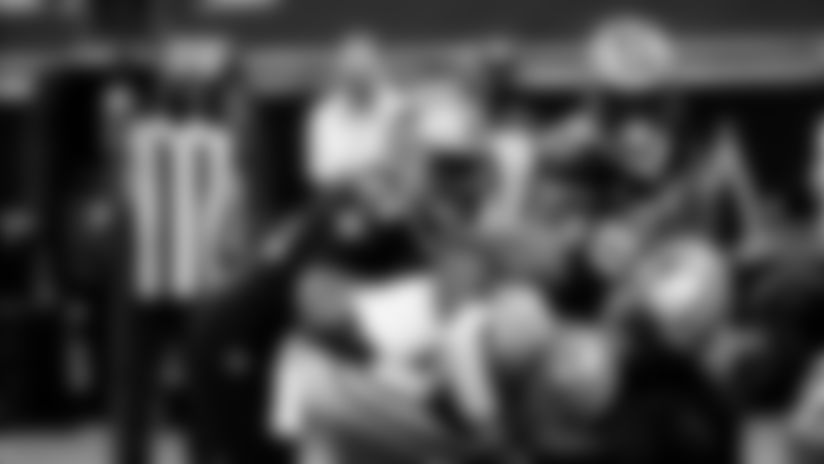 Street landed on the right side of Brees' torso as the two went to the ground, and Brees was diagnosed Monday with rib fractures and a collapsed lung.

Payton hasn't yet declared if former first overall draft pick Jameis Winston or Taysom Hill, New Orleans' "Swiss Army knife" of a QB, will start this weekend. The Saints gave Hill a lucrative extension in the summer with hopes that he could eventually become the franchise quarterback.

Baker Mayfield, Kyler Murray and Cam Newton are among the other current starters who don't make as much money as Hill.

Hill, who signed a two-year, $21 million deal in April, is a jack-of-all-trades for the Saints. Hill, 30, has 34 carries for 186 yards this season, almost eclipsing career-highs set in 2018, and has six catches on eight targets for 74 yards.

Hill has attempted just five passes this season but has completed four of them for 86 yards.

The Saints appear to be evaluating both quarterbacks to see if one of these players can be the future of the team. He also took snaps in Brees' absence last week.

Winston replaced Brees for the second half of the Saints' 27-13 victory over the San Francisco 49ers in Week 10, completing six passes for 63 yards.

Later in the day, however, NFL Network's Ian Rapoport (h/t Kevin Patra) said that Brees will be out a minimum of two weeks, meaning the signal-caller will miss this Sunday's divisional showdown with the Atlanta Falcons and the November 29 game against the Denver Broncos.

New Orleans head coach Sean Payton has not made an official announcement that Hill will start over Winston, but he is expected to talk after Friday's practice.