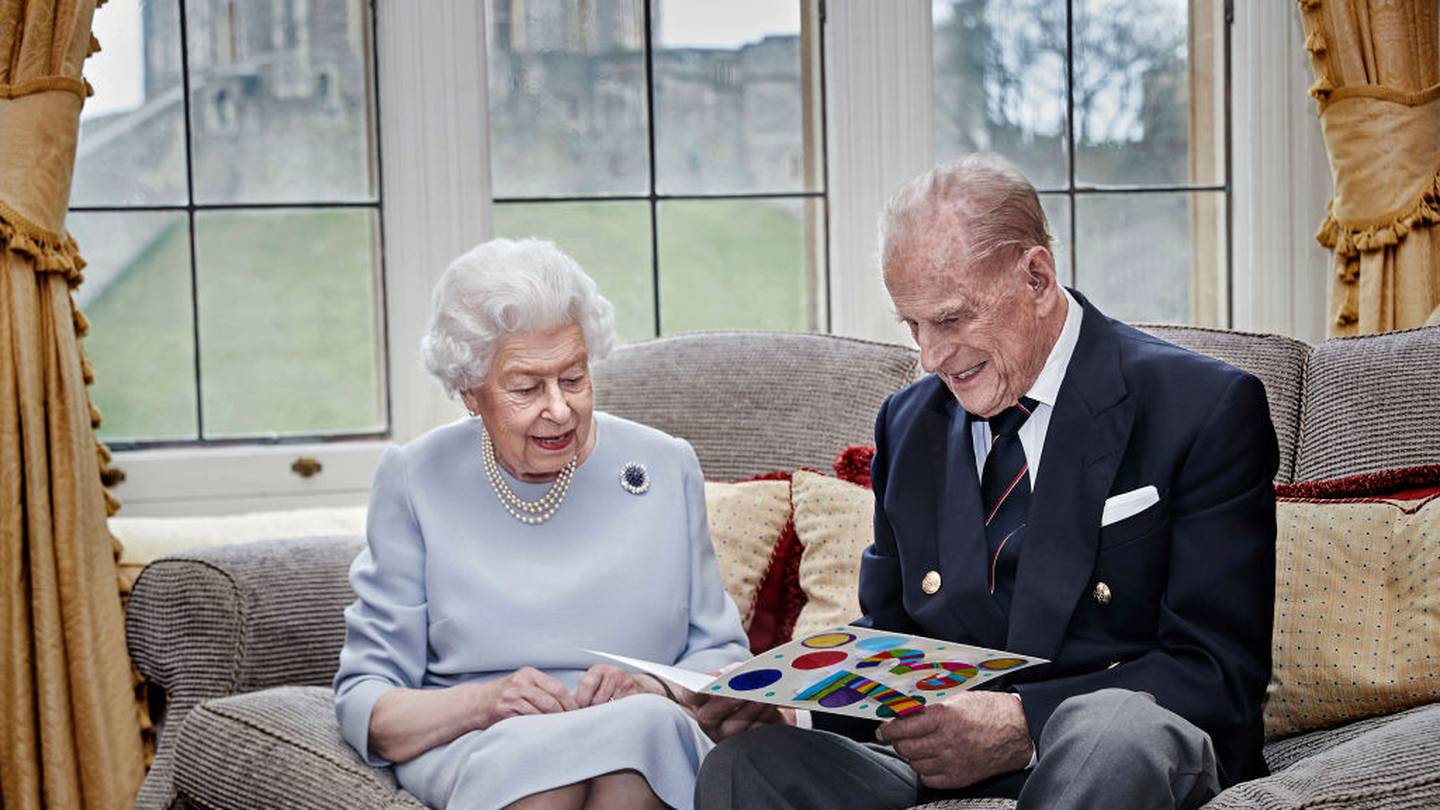 Following the ceremony, the congregation were moved to Buckingham Palace for the wedding breakfast, held in the Ball-Supper Room.

Her Majesty and the Duke of Edinburgh tied the knot on 20 November 1947, in a lovely ceremony held at Westminster Abbey, when the Queen was just 21 and Philip - then Prince of Greece and Denmark - was 26.

In the time that they have been married, the couple has welcomed four children, eight grandchildren, and eight great-grandchildren.

The card from George, Charlotte and Louis featured a pop-up number 73.

The Queen and Prince Philip first met at a wedding when they were children, and later crossed paths again when Philip was 18 and the then-Princess Elizabeth was 13.

The royals married on November 20, 1947, at Westminster Abbey, with more than 200 million people watching the service on TV from around the world and 2000 guests attending.

Queen Elizabeth II has been holding the top position since 1952, ruling longer than any other British monarch.

In fact, their relationship has lasted the longest of any British sovereign.

They own several properties together including Buckingham Palace, their main London residence, Windsor Castle, their second home where they are now isolating during lockdown and where their recent photo was taken, the Sandringham Estate in Norfolk, and Balmoral Castle in Scotland. While the monarch looks cool and collected, Philip looks cheerful and overjoyed.

Throughout the pandemic the queen has carried out the bulk of her duties remotely and from the safety of her home estate at Windsor Castle, adapting to the new norm of virtual appearances and video-call meetings.

She was also seen wearing it in photographs taken to mark their 60th wedding anniversary in 2007.

Philip also had her engagement ring made from a tiara that belonged to his mother, Princess Alice of Battenberg.