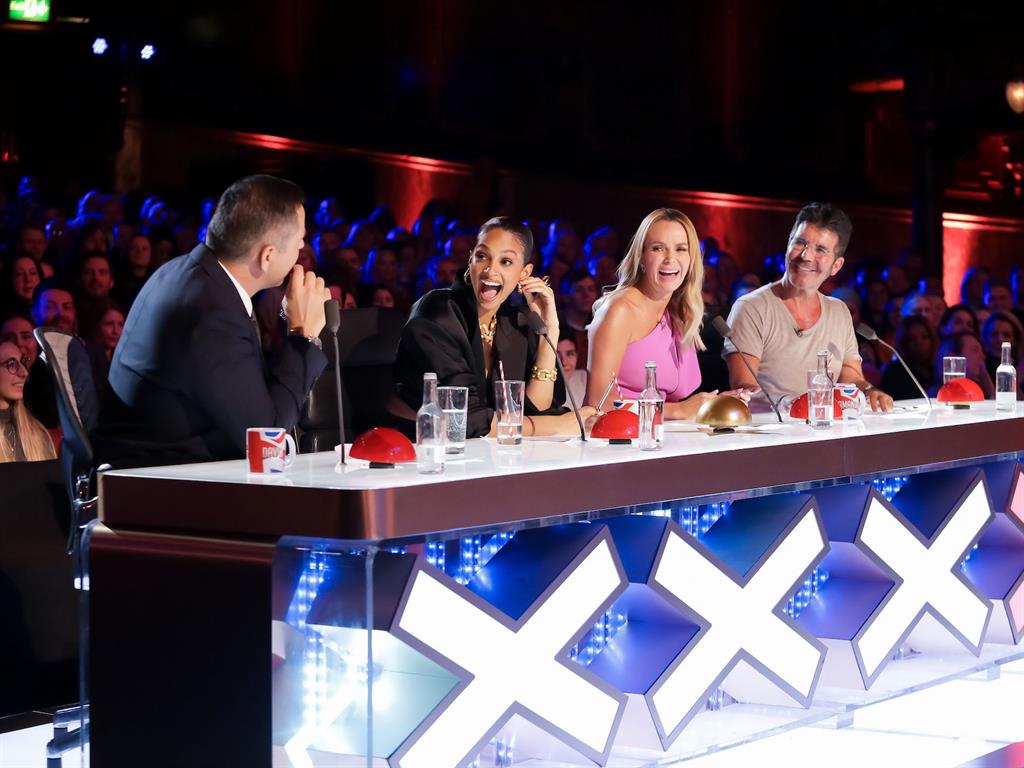 The hosts also stressed all the acts would be "following Government guidelines" and said "some acts will have created bubbles especially for the show", adding that they are in a bubble together.

December asks, "What do you think?" Is it time to bring it all back?

Before introducing the BGT judges, the duo gives viewers a glimpse of the virtual crowd On the huge "audience wall" behind the individual judges tables.

Aunty and December literally sang and danced with Alesha Dixon about welcoming the judges into the studio, when he says "If you want Vixen than call Alesha Dixon".

Due to Simon Cowell's absence Amanda has been promoted to head judge, and she was quick to joke she'll be backing 'musical theatre all the way'. Get Me Out Of Here! was an "awful" title for the show when it was first pitched to them.

The new setup sees each judge placed on their own desks at least two metres apart to ensure the show is adhering to new safety guidelines during the COVID-19 crisis.

Amanda has also been promoted to chief justice, jokingly saying that if she had to make a decision, she would have the full support of the "musical theater".

Simon was forced to pull out after breaking his back in a cycling accident, and after a six-hour operation has been recovering at home.

After news of her promotion, Amanda told MailOnline: "I will vote on the musical stage to the end if I need to cast a critical vote!"

Sources also told The Sun that Amanda was the obvious choice for bosses to be head judge, given she's appeared on the panel since the show's inception in 2007.

While David laughed at how "manly" he is, Amanda stated: "You fought for our country, you are the backbone of this country.that makes this [act] so unique as an act".

She is the only one, other than Simon, who has been there since day one and has seen everything. She can not wait for the responsibility boost and is certainly going to take it in her stride'. The second finalist will then be chosen via public vote when the episode airs.

And Amanda Holden certainly didn't seem ready to ditch her revealing ensembles as she made a dramatic entrance for the first Britain's Got Talent semi-final on Saturday.

Royle, 52 and from Chorley, was the last act to perform in the first show of the new series.

Schemes: BGT The semifinals, scheduled for May, will now feature five, nail-biting - and pre-recorded - episodes.