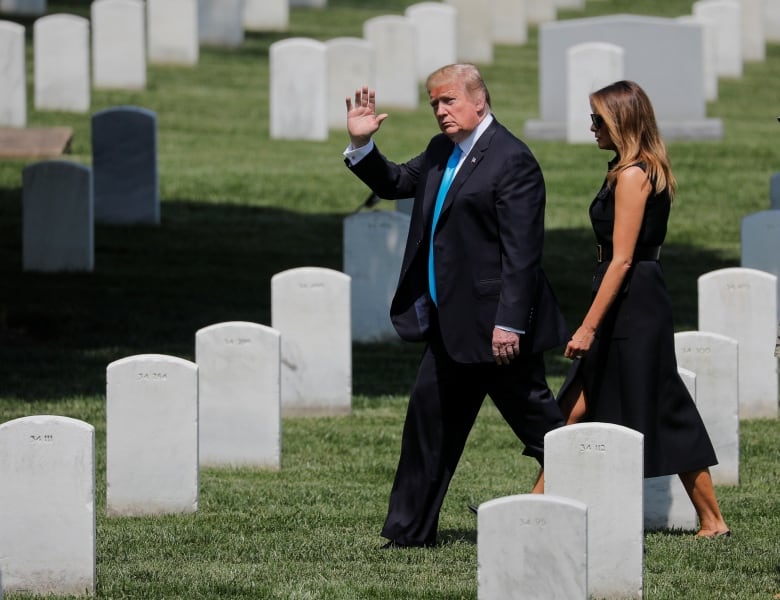 The leaked documents are contemporaneous notes taken by US officials "during seven meetings and calls involving either the leader or top foreign minister of Britain or America". "Anyone who went was a sucker".

The habitually Trump-friendly Fox News has been criticised for seemingly sidelining Ms Griffin's reporting in its coverage of the story. In another conversation during the trip, Trump allegedly referred to the over 1,800 marines who lost their lives during the Battle of Belleau Wood as "suckers" for getting killed, according to the report.

Mr Trump came under fire after The Atlantic magazine reported that he had called Marines killed in action in World War I "losers" and "suckers" in connection with a November 2018 visit to France when he skipped a visit to a United States military cemetery.

Mr. Kinzinger, who served in the U.S. Air Force and is an Iraq War veteran, previously called The Atlantic article "deeply concerning" and said it left him "speechless".

More news: Shapovalov wins in 5 at Open vs. Fritz, who says: 'Choked'

Domenech, the founder of The Federalist and a frequent commentator on Fox News, is also the son-in-law of the late Senator McCain and husband to conservative firebrand and The View co-host Meghan McCain.

Jennifer Griffin, an American journalist, from a local media channel, Fox News, said two former administration officials had confirmed to her that Trump "did not want to drive to honor American war dead" at the Aisne-Marne cemetery outside Paris, and therefore missed the event.

This source also described "a character flaw" of the president, saying, "He could not understand why someone would die for their country", Griffin added. "The president was mad as a hornet when they did, according to this source".

Trump has adamantly denied that he holds anything but the utmost respect for American service members.

Trump appeared to be aware of Griffin's reporting by Friday evening. He called the magazine's editor-in-chief Jeffrey Goldberg, who wrote the piece, a "slimeball".

"I've spoken with two US senior officials who were on the trip to France who confirmed to me key details in The Atlantic article and the quotes attributed to the president", Griffin said.

The US Navy also said it cancelled the trip to the cemetery because of rain in response to a request under the Freedom of Information Act from Buzzfeed reporter Jason Leopold. "They don't make any money'".