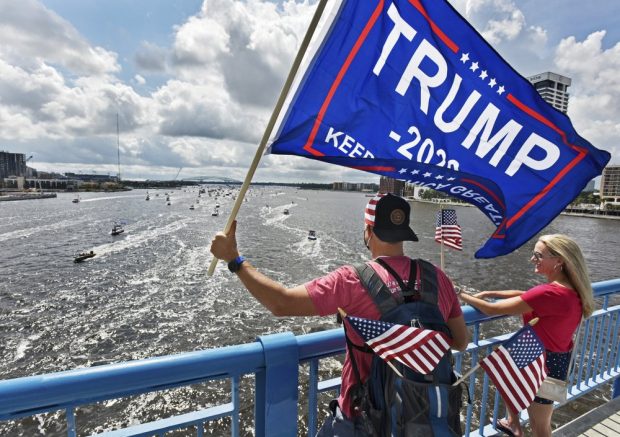 Austin-Travis County EMS tweeted that its crews have not been involved in any of the boat sinkings and that no injuries or medical emergencies have occurred as a result of the incidents.

"I like boaters that don't sink", another person said, mocking Trump.

The event, called the "Lake Travis Trump boat parade" (catchy), saw a procession of boats with Trump flags and banners head out onto the water.

The hashtag #dumbkirk started trending, and the theory that it was the bigger boats causing the rough waves on the lake came to the fore. According to a Facebook post advertising the event, the parade will split into different groups, with one or more ending at Morrison's Marina in Beach Haven.

While the Guinness World Record lists the largest boat parade as 1,180 in Malaysia on September 14, 2014, organizers of a "Trumptilla" in SC in July said more than 3,000 vessels participated in that parade.

Organizers of the event had promoted the parade on Facebook, inviting boats of "all shapes and sizes" to participate.

Trump memorabilia, such as Make America Great Again flags and Trump/Pence signs, as well as American flags were pictured on many boats in attendance.

As coronavirus restrictions have made indoor meetings hard Trump supporters have held a number of boat based events in recent weeks.

Currently, a 2014 celebration in Malaysia holds the Guinness world record for the largest boat parade in history after 1,180 boats gathered.