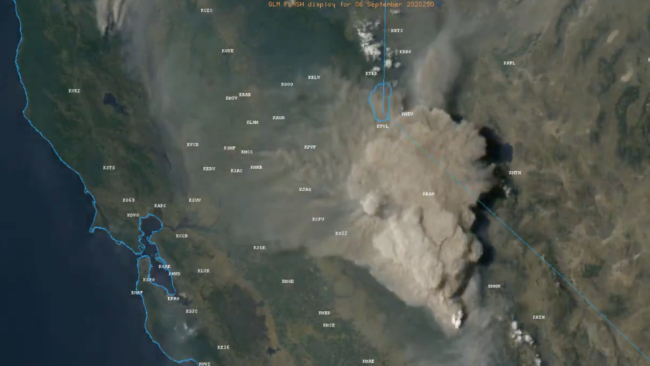 The authorities have said that 150 people are sheltering in place at Mammoth Pool Reservoir due to the Creek Fire spreading rapidly.

Cal Fire tweeted Saturday morning that more than 12,400 firefighters along with 1,500 fire engines, 204 dozers and almost 100 aircraft are continuing to battle 22 major wildfires, adding that the agency has increased staffing in preparation for critical fire weather in multiple areas of the state.

Of the 63 people rescued, two were severely injured, 10 were moderately injured and 51 others had minor or no injuries, according to a tweet by the Fresno Fire Department.

At least 10 people were injured as of Saturday night, the Madera County Sheriff's Office said, as the fire near Shaver Lake, a popular tourist attraction, spread to 36,000 acres.

Madera County Sheriff's Office said around 150 were trapped at the popular reservoir. She posted video of the harrowing escape.

California National Guard was using Chinooks in the rescue operation, National Guard Bureau chief General Daniel Hokanson said, tweeting a picture taken from the cockpit of a helicopter showing it surrounded by blazing trees. Unknown how many more, ' the fire department said.

Several evacuation orders are in place in California.

Fire crews have a grueling task ahead, as the Creek Fire is 0% contained as of Sunday.

On top of that, 'this is in a river canyon, so in the afternoon you get up canyon winds, ' Tune said. Despite the heat, firefighters were able to contain two major fires in coastal Monterey County.

California has seen 900 wildfires since August 15, many of them started by an intense series of thousands of lightning strikes. Two of the blazes are among the largest in California's history, and have each burned as much as 300 square miles (777 square kilometers). There have been eight fire deaths and almost 3,300 structures destroyed. Officials urged people to conserve electricity to ease strain on the state's power grid and to follow social distancing and mask requirements when they hit recreational areas.

The fire broke out on Friday evening.