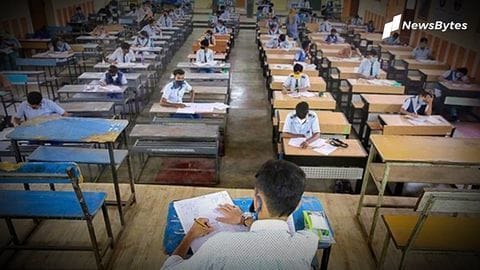 The Supreme Court is likely to hear the review plea on JEE/NEET today filed by the Chief Ministers of six opposition-ruled states- Bengal, Jharkhand, Rajasthan, Chhattisgarh, Punjab and Maharashtra asking for a relook into their decision to hold exams even as COVID-19 cases are spiking everyday.

The 6 states that filed the review petition on August 28, 2020, are Chhattisgarh, Punjab, Rajasthan, Maharashtra, West Bengal, and Jharkhand. Solicitor General Tushar Mehta had in August assured the top court that all safeguards would be taken while conducting the examinations.

A bench of Justices Ashok Bhushan, BR Gavai and Krishna Murari heard the review petition during an in-chamber consideration, which began at 1.30 pm.

It had said that JEE Mains is slated to be conducted over 660 exam centres with 9.53 lakhs students appearing for it, roughly 1,443 students per centre.

More news: A new No Time To Die trailer has been released

The said the top court failed to ensure students' Right to Life and security, and ignored "teething logistical difficulties" in conducting the exams in September.

The Supreme Court had on August 17 rejected a petition seeking to postpone JEE (Main) and NEET-Undergraduate exams scheduled to be held in September, saying a precious year of students "can't be wasted".

The plea also cites the lack of facilities such as transport, hotels and restaurants as factors that could cause discomfort to students appearing for these exams.

As per the public notices issued by National Testing Agency (NTA) - which conducts the tests, JEE (Main) April 2020 is scheduled from September 1 to 6, while NEET-UG 2020 exam is scheduled for September 13.

The petition also said that the previous order addresses the importance of conducting an exam to make sure that the students do not miss out on a year but fails to balance the equally important aspect of conducting the exam and securing the safety of the students, says the petition.

It said that the apex court's observation that "Life Must Go On" may have very sound philosophical underpinnings but can not be a substitute for valid legal reasoning and logical analysis of the various aspects involved in the conduct of the NEET UG and JEE exams. As per the data revealed by MHRD, 25% of the students have skipped the exam in the last 3 days of JEE Main 2020. Similarly for NEET UG, 15.97 lakhs students will appear in 3,843 centres across the country, almost 415 students per centre, it said.