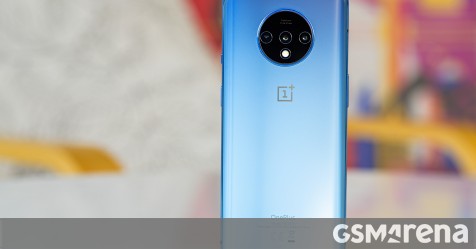 As expected from many flagship phones, the OnePlus 8T will also come with Qualcomm's Snapdragon 865+ processor.

According to an exclusive report from Androidcentral, the Oneplus 8T will feature a 120Hz AMOLED display, which brings it in line with the Oneplus 8 Pro released earlier this year.

Last week, there were reports about a handset that was codenamed "Clover" and now as per a report by Android Central, there are rumours about more handsets that are codenamed "Lemonade", "Bengal" and "Billie" codenames. Moreover, the OnePlus 8T may switch to a flat panel, as we can see from the image leak. They said the phone will come with two-mode of refresh rate for the display; a 60Hz mode and a 120Hz mode and the latter will be selected out of the box. Similar was the case with the OnePlus 8 series and the same will happen with the OnePlus 8T series as well. However it seems it could be closer to being a new smartphone series rather than just a single device. This means that OnePlus will add an extra lens to the 8T when compared to the OnePlus 8. The setup is likely to feature a 48MP primary camera sensor with a new Sony IMX689 sensor. This time around, it is special because the company has already released its first mid-range device, and an entry-level device is allegedly in the works too. This timeline marks the same point we saw with the OnePlus 7T model debut a year ago. Further, it is expected to be launched by September-end or in the first week of October. The GreekBench datasheet also reveals that the OnePlus cLOVER will run on Octa-Core CPU clocked at 1.80GHz.

According to the leak, the OnePlus 8T is expected to launch with a quad-camera setup at the back with the combination of a 48-megapixel main camera accompanied by a 16-megapixel wide-angle lens, a 5-megapixel macro lens, a 2-megapixel depth sensor, along with an LED flash.