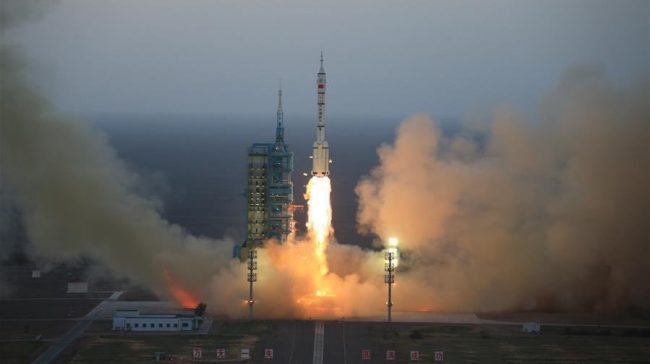 Early today, China launched some sort of recyclable spacecraft into area- possibly a spaceplane- a mystical lorry that is drawing contrasts to the United States's categorized X-37B spaceplane presently in orbit aroundEarth Similar to the X-37B, China's spaceplane will stay in orbit "for a period of time" however the nation declares that the lorry is suggested to advance the "peaceful use of space".

This mission, which China's National Space Administration didn't announce prior to launch, was created to assess the spaceplane's technology and "provide technical support for the peaceful use of space".

Finally, this mission becomes the 15th for the Long March 2F rocket, having deployed both crewed and uncrewed spacecraft to their orbits.

"Airspace closure notices released Thursday provided the first indication of an imminent launch", Space News wrote. No official photographs of the spacecraft or those from the launch have become public as yet. "An obvious higher-than-usual degree of safety surrounding the mission additionally prevented bystander pictures showing on social media".

The proposed proposal for the Chinese spaceplane arrives when the U.S. Air Force is operating on its own reusable space plane, dubbed the X-37B.

The Indian Space Research Organisation (Isro), is working on a reusable launch vehicle (RLV), a technology demonstrator version of which has been undergoing tests.

More news: Alexa’s moving into your next apartment with Amazon’s residential program

Like China, the USA remain tight-lipped about experiments conducted on board other than disclosing it was testing "reusable spacecraft technologies for America's future in space". Officers from the China Aerospace Science and Business Company added in 2017 that that they had completed a number of floor assessments for engines and different parts. A goal of 2030 for developing a single-stage-to-orbit (SSTO) spaceplane was also noted.

Very little is known about either the vehicle or the launch. This strategy also composed spacecraft reusability for a nuclear-powered launch mission for the country's shuttle in 2045.