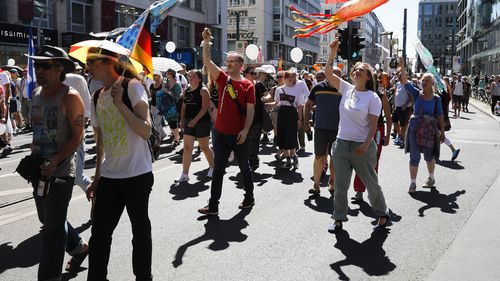 The premier of Victoria plunged the region into a "state of disaster" on Sunday, announcing even stricter lockdown measures, introducing a nightly curfew and banning virtually all trips outdoors after Australia's second largest state recorded 671 new infections in a single day.

Six of the deaths were connected to the age care sector. We can no longer have people simply out and about for no good reason whatsoever.

State Premier Daniel Andrews said that the new restrictions, to be in place for six weeks until Sept 13, will allow only one person per household to go shopping once a day.

In addition, Andrews said the state has 760 "mystery cases", where "we can not trace back the source of that person's infection".

A curfew will be implemented across metropolitan Melbourne, and it'll be enforced every evening from 8pm to 5am, with the only reasons to be out of home to "get care, give care, go to or from work, or be at work".

"It is with some regret but given the significant community transmission and the growing case numbers, and the fact we need to stay ahead of this in regional Victoria, from midnight next Wednesday, regional Victoria will move to stage three restrictions", he said.

Childcare services will also be closed, with exemptions for vulnerable children and the children of essential workers.

"We see no medical or public health grounds why your advice to everyone in Victoria that "if you can work from home you must work from home".should not also apply to school staff at this time of extensive community transmission of the virus", the letter read. "It's the only way we'll get to the other side of this", Mr Andrews said at a news conference.

Additional restrictions affecting workplaces would be announced Monday, Andrews added, suggesting that non-essential businesses will face closures. Special schools will remain open for those who really need to be in those settings.

Education Minister Dan Tehan told Sky News that the federal government would "absolutely" support Victoria in ramping up its measures. "There's no question these are very hard times in Victoria".

"We will need our resilience more than ever before. and I believe we have this resilience".

Victoria has moved to unprecedented Stage 4 restrictions in a desperate attempt to counter the state's COVID-19 crisis but Racing Victoria says it is business as usual for the moment.

Victoria's Chief Health Officer Brett Sutton said there were discussions being had about the prospect of further restrictions like New Zealand has had, requiring the shutdown of all non-essential services.

Queensland confirmed one positive case on Sunday, a young consular staff member who was infectious on a domestic flight after returning from overseas.

Residents in the state capital will also only be allowed to leave their homes once per day for exercise, and should remain within a three-mile radius of their homes.