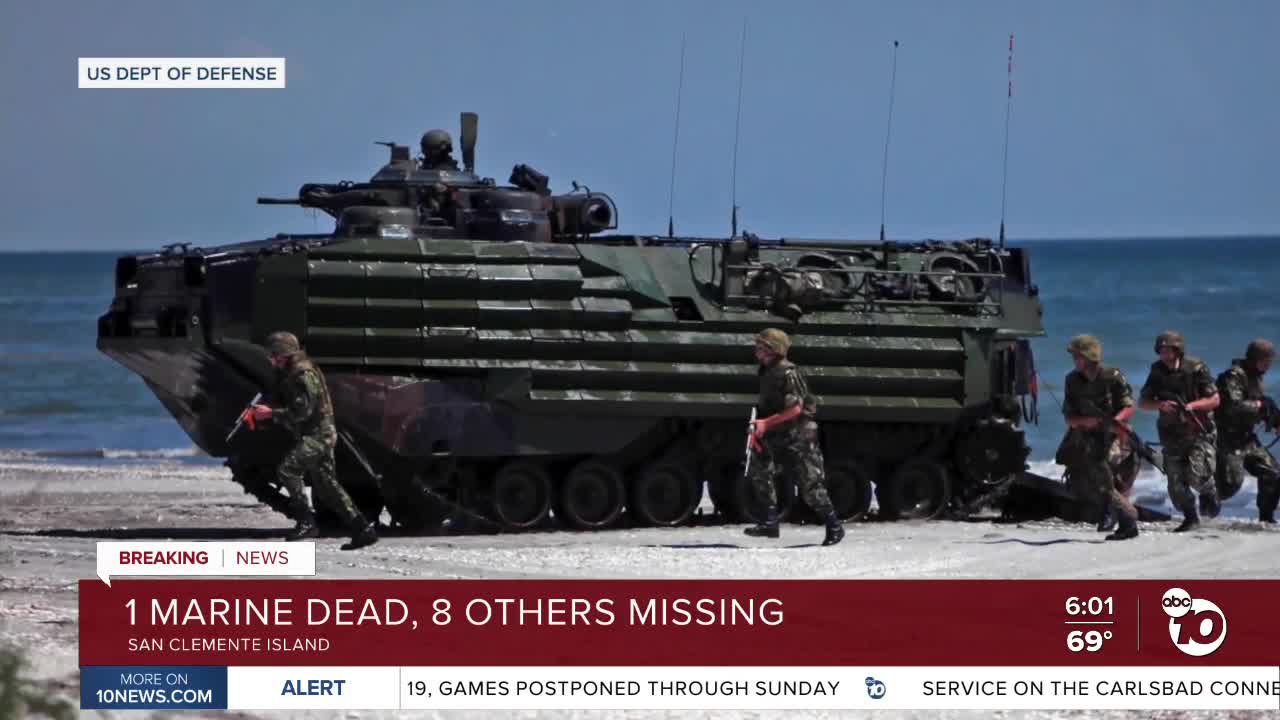 An amphibious assault vehicle carrying 15 Marines and a Navy sailor sank near a military-owned island off the coast of Southern California, leaving one of the Marines dead and eight missing, authorities said Friday.

Search and rescue efforts are underway to find the missing Marines, with the Navy and Coast Guard assisting, according to the statement.

The incident began around 5:45 p.m. local time on Thursday when Marines in an amphibious assault vehicle, or AAV, reported they were taking on water.

'All are assigned to the 15th MEU [15th Marine Expeditionary Unit].

Two other service members were injured in the incident, officials said in a Twitter message. Two others were injured and taken to hospitals where they were listed in critical and stable condition, respectively. Assault amphibious vehicles, which are used for storming beaches, weigh about 26 tons and can carry up to 21 people, according to Osterman.

One Marine was taken to Scripps Memorial Hospital La Jolla and later died.

The one Marine who is reported dead in the accident has not yet been identified, as Pentagon rules specify a 24-hour notification period for the next of kin.

The 1st Marine Expeditionary Force reports the "mishap" during a routine training exercise happened Thursday afternoon, per the Hill.

The mishap occurred as the 15th MEU was training with the USS Makin Island Amphibious Ready Group that includes the USS Somerset and USS San Diego. "They've been in use by the Marines since the early 1970s and are currently set to be replaced by the amphibious combat vehicle, now in development". The small armored craft are launched from U.S. Navy amphibious ships and convert into armored personnel carriers after arriving on land. Three Navy MH-60 helicopters are involved, as well as a Coast Guard helicopter and cutter.