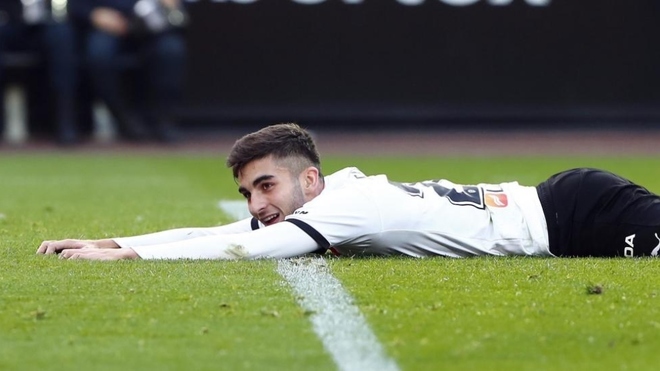 Manchester United could throw a major wrench in Manchester City's plans as the latter recently agreed to sign Bournemouth defender Nathan Aké for the price of a £41million bid.

The 25-year-old is a homegrown player and can also provide cover at left-back.

City, who finished second in the Premier League, are also expected to target central defenders this summer.

City has moved quickly to replace German winger Leroy Sane, who completed a move to Bundesliga champion Bayern Munich this month for 45 million euros plus add-ons.

The Times reported that the Spain youth global has agreed a five-year deal with the Premier League club.

The Citizens are believed to be on the brink of signing Valencia's Ferran Torres, with the 20-year-old said to be set to sign a five-year deal, according to Italian journalist Fabrizio Romano. That said, no club has commented officially so we will have a wait a bit to see whether Torres joins City.

City boss Pep Guardiola is understood to have played a key part in convincing him to choose the Premier League side amid interest from clubs including Manchester United, Juventus, Borussia Dortmund, Real Madrid and Atletico Madrid. 'It will be a odd window because people have to move fast.