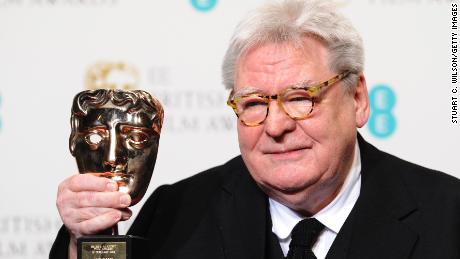 Burning would nearly act as Parker's peak as his follow-up films, Come See the Paradise and The Road to Wellville received generally mixed reviews and were box office failures while The Commitments was underwhelming at the box office despite rave reviews and his 1976 adaptation of Evita saw mixed reviews but was a box office smash. Together his movies won 10 Academy Awards and 19 British Academy Film Awards.

He graduated to writing and directing commercials, and in 1974 moved into long form drama when he directed the BBC film, The Evacuees, written by Jack Rosenthal. The film was nominated for six Academy Awards, including Best Picture and Best director for Parker.

He broke into feature filmmaking in 1976 with Bugsy Malone, a truly odd and memorable movie musical that parodies classic Hollywood gangster movies by utilizing a cast entirely composed of children. His final directorial credit was 2003's The Life of David Gale, an unfortunately underwhelming end to an otherwise remarkable career.

More news: Trudeau On The Hot Seat Regarding WE Charity

Parker was a notable director of musicals, a genre he both embraced and expanded.

Parker later returned to the world of music, with commercial success, directing comedy "The Commitments" about a short-lived soul band in Dublin, and "Evita", starring Madonna and based on an Andrew Lloyd Webber musical.

Parker received honors in Britain for his achievements in filmmaking, including a knighthood in 2002.

"His work entertained us, connected us, and gave us such a strong sense of time and place", it said in a tweet, calling him "a chameleon" for his ability to bend genre and change with the times. "An extraordinary talent, he will be greatly missed".

Parker is survived by his wife Lisa Moran-Parker, children Lucy, Alexander, Jake, Nathan and Henry, and seven grandchildren. My life and those of many others who loved and respected him will never be the same again'.