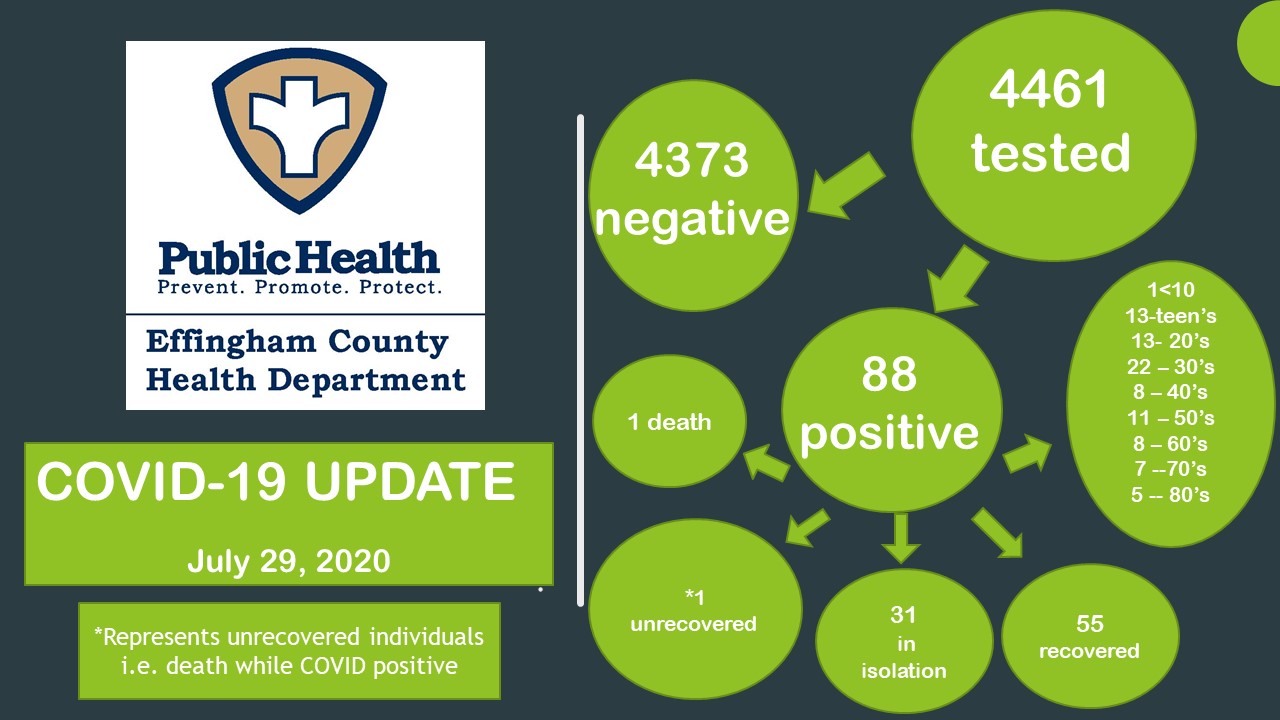 A daily average of about 706 people are hospitalized with COVID-19 in Pennsylvania as of Friday, a slight drop in the 14-day average.

Missoula became the first major city in Montana to require the wearing of face coverings on July 9. A male in his 30s has had no known contact with a positive case. Some 61.5 percent of the total beds are now occupied. Putnam County has had eight confirmed cases.

Marshall County has also had another 10 residents test positive, bringing the total to 732.

Individuals who have questions or concerns about COVID-19 can contact the Illinois Department of Public Health Hotline at 1-800-889-3931.