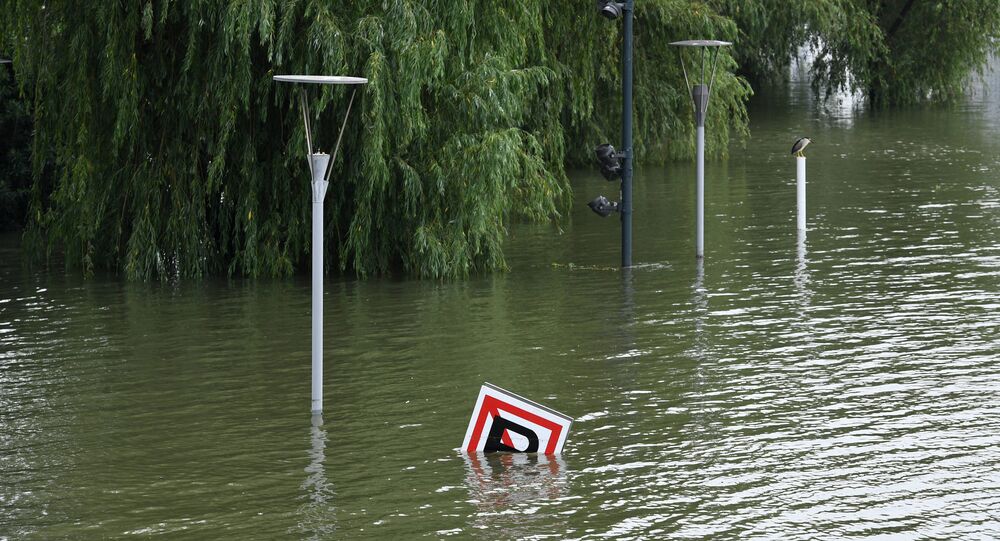 State-run China Central Television and other outlets say the damage caused by overflowing rivers and landslides is affecting Jiangxi, Hubei and other provinces.

According to the Ministry of Water Resources, 212 rivers have exceeded alerting levels since early July, with 19 of them rising to historical highs.

Hundreds of people have been displaced due to the steady rise in the water levels in several rivers, including Saptakoshi, the country's biggest river, over the past few days, said the report, citing police officials.

With downpours continuing to wreak havoc across swathes of China, several other cities along the Yangtze have issued their highest-level flood warnings, with parts of the river threatening to burst its banks because of the incessant rain.

So far this year, some 141 people have died or gone missing in the floods, which have ravaged 3.53 million hectares (8.72 million acres) of farmland and flattened 28,000 homes. Water levels at the Three Gorges reservoir, which cut its discharge volumes for a fifth time on Saturday to ease downstream water levels, have now hit 153.2 meters, 6.7 meters higher than the warning level.

Illustrating the growing alarm, President Xi Jinping called on authorities in affected areas, including People's Liberation Army (PLA) units, to mobilise for the rescue and resettlement of stricken residents and to shore up flood defences.

Ye Jianchun, vice minister of water resources, told a briefing that 433 rivers - as well as major lakes like the Dongting, the Poyang and the Tai - have all risen beyond their warning levels since the flood season began in June.

The Yangtze is the third longest river in the world after the Nile and the Amazon and its drainage basin is home to around 400 million people - one-third of China's population.

Conservationists also warn that the rapid melting of Himalayan glaciers due to climate change may lead to more unsafe summer flooding.