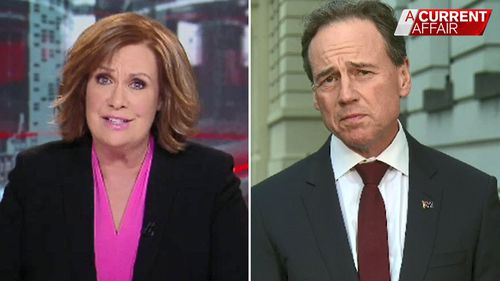 Thousands of health workers are knocking on doors in the worst-affected areas of Melbourne urging residents to get tested for coronavirus, with officials saying about 10,000 people have refused after being influenced by online disinformation.

Borders between Victoria, of which Melbourne is the capital, and neighbouring states closed on Tuesday.

"The rest of the country knows that the sacrifice that you're going through right now is not just for you and your own family, but it's for the broader Australian community", Morrison said during a televised media conference.

The state reported 134 new infections in the 24 hours to Wednesday morning, down from the previous day's record 191 but well over the low single digit daily increases of the other states and territories.

Australian Prime Minister Scott Morrison said the country was now considering limiting the number of citizens returning from overseas, after Victoria began diverting worldwide flights to other cities to ease the burden on its quarantine facilities. Two of the infected people had returned from Melbourne last week, and the third was their housemate. The spike has anxious officials, even though the national total of nearly 8,800 cases and 106 deaths is far below many other countries.

A major health breach occurred on Tuesday night after it was revealed passengers on a flight from Melbourne were able to disembark without undergoing proper screening for coronavirus.

Banner image reading 'more about coronavirus'BannerWhat are the new restrictions?

Melburnians will be allowed to leave home only for essential business.

Schools will delay reopening classrooms and continue distance learning during the duration of the lockdown while restaurants will shift to takeout service only, the BBC reported.

However, shops and hairdressers will remain open.

Police checkpoints have been set up at major road crossings and drones are monitoring large sections of the vast border, with one man arrested Wednesday after allegedly attempting to cross illegally.

As of Thursday, they will also be doing random checks on vehicles in and around the city.

For months Australia had felt optimistic about containing Covid-19, then came the resurgence of the virus in Melbourne. Around 3,000 residents have been banned from leaving the buildings, which are under police guard, for five days.

A looser lockdown was placed on about 300,000 city residents, now extended to the whole city.

"There is a volume that can be accommodated by the (other) states and territories now, but they certainly wouldn't want to see that increase", he told reporters in Canberra.

The government has ordered a judicial inquiry into the state's quarantine operation and has fired contractors.

More news: OnePlus Nord Is Officially On Its Way To Malaysia

Patrick Mahomes' extension, influenced by Major League Baseball , was designed for dual longevity
It also "allows an opportunity for the team to be great around me the entire duration of my career", Mahomes said. We can prepare for next year when you have this structure and stability". 7/09/2020

Usain Bolt Shares First Photos Of Newborn Daughter, Olympia Lightning Bolt
The athlete included photos from Kasi's photo shoot with baby Olympia. "I want to wish my girlfriend @kasi_b a happy birthday". Kasi also shared a clip of the couple at their baby's ultrasound as she wrote: "Now a party of three". 7/09/2020

Ivory Coast Prime Minister Amadou Coulibaly dies after cabinet meeting
Bedie, who previously led the country from 1993 until a 1999 coup, is expected to represent the PDCI-RDA party. He recently returned from France where he was treated for two months for a heart ailment. 7/09/2020

McPherson County reports 85th case of COVID-19
The health department said 18,003 residents in long-term care facilities have contracted COVID-19, along with 3,359 employees. Testing results are available for over 1,213,000 individuals with 9 percent of all people testing positive. 7/09/2020

A rare comet is zipping past Earth. Here’s how to view it.
However, astronauts captured a breathtaking natural light display from a comet that was also dazzling skywatchers on Earth. In late March, the NEOWISE space telescope discovered the comet, cataloging it as C/2020 F3, according to Space.com. 7/09/2020

Sen. Kelly Loeffler Rips WNBA Over Social Justice Initiative, League Fires Back
She's been an outspoken critic of the Black Lives Matter movement and referred to Black armed protesters as "mob rule". Supporters of the movement have called for toppling Jesus statues and removing his likeness from churches. 7/09/2020

USA reports 3-million cases of COVID-19
About 24 states have reported disturbingly high infection rates as a percentage of diagnostic tests conducted over the past week. Doug Ducey to reverse some reopening orders last week, with bars, gyms and movie theaters told to close for about a month. 7/09/2020

Amazon pulls Washington Redskins merchandise from its site
Trump is against re-branding the Redskins and Major League Baseball's Cleveland Indians, who are also considering a name change. There's really no excuse now for this Washington team and for the National Football League to do the right thing". 7/09/2020

What revised rankings mean for top five men
A revised system for calculating world rankings when the tennis season resumes next month was unveiled by the ATP Tour on Monday. Players will not be able to count the same event twice if it was held in both 2019 and 2020. 7/09/2020

Trump says he disagrees with CDC school reopening guidelines, calls them 'impractical'
Millions of parents need their kids back in schools so that they can fully reenter the workforce. Trump did not clarify which of the guidelines he opposed. 7/09/2020

Trump Officially Withdraws the USA from the World Health Organization
The move will impact worldwide responses not only to the coronavirus pandemic, but also to diseases like polio. The WHO has denied assertions by Trump that it promoted Chinese "disinformation" about the virus. 7/08/2020

Halsey releases posthumous song with Juice WRLD; honours him with hand tattoo
She continued, "And a attractive soul who believed in spreading love and creating a community for people to feel less alone". Tragic rapper Juice WRLD is poised for a chart return with the release of his first posthumous album this Friday, July 10. 7/08/2020

Here's the first look at Samsung Galaxy Note 20's display
Samsung has announced that it will unveil new devices via an online Galaxy Unpacked event scheduled to happen on August 5. And from the looks of it the Samsung Galaxy Note 20 Ultra will boast a rear camera set-up with four sensors. 7/08/2020