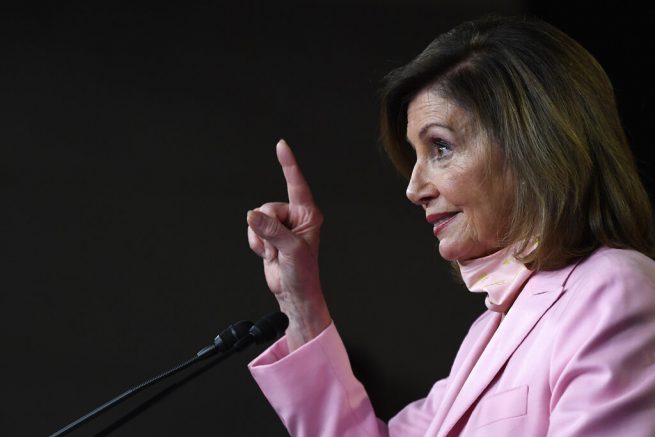 Fox & Friends host Steve Doocy suggested that President Donald Trump should get over his reluctance to wear a face mask and start setting an example while the coronavirus pandemic remains ongoing. "I don't see any downside to the president wearing a mask in public", Doocy said while interviewing Republican National Committee chairwoman Ronna McDaniel.

"We encourage people to wear face masks in all public settings such as stores, salons, churches as well as restaurants when not eating or drinking", said Eric Weller, coordinator of South-Central Healthcare Coalition.

A cultural shift among Americans to adopt mass mask wearing would be one of the simplest and most effective ways to curb further devastation from the coronavirus pandemic, according to public health experts.

"He's made it clear he doesn't want to wear a mask, but his federal government says everybody should wear a mask", Doocy said.

A "Phantom of the Opera" sign asks people to wear a mask in public, as coronavirus disease (COVID-19) outbreak continues, in the Manhattan borough of New York, US, June 29, 2020.

"I was in the epicenter of this". I went to my grocery store every week. "I do think. with the more information we have [and] knowledge today, wearing the mask is the best opportunity for us to keep this economy open". "Kaine is either a cowboy or a bandit - I'm never sure which", Alexander said.

Alexander pointed out that like many other senators, he wears a mask when walking the hallways or on the Senate floor.

Last week, a University of Washington health institute projected that there would be 33,000 fewer deaths from COVID-19 by October if 95 percent of Americans wore masks now. In Palm Beach county in Florida, which is now fining people $250 for not wearing a mask, a public feedback forum last week featured residents falsely claiming that masks kill people, that they impede "God's wonderful breathing system" and that they are a politically-motivated tool created to kill off freedoms.

Republican Sen. Lamar Alexander of Tennessee on Tuesday explicitly called on Trump to at least "occasionally" wear a mask.

New York Governor Andrew Cuomo said the White House should make Americans realize how real a threat COVID-19 is and the president himself should "lead by example" and put a mask on.

Similarly, GOP Majority Leader Mitch McConnell on Monday tweeted: "We must have no stigma, none, about wearing masks when we leave our homes and come near other people".