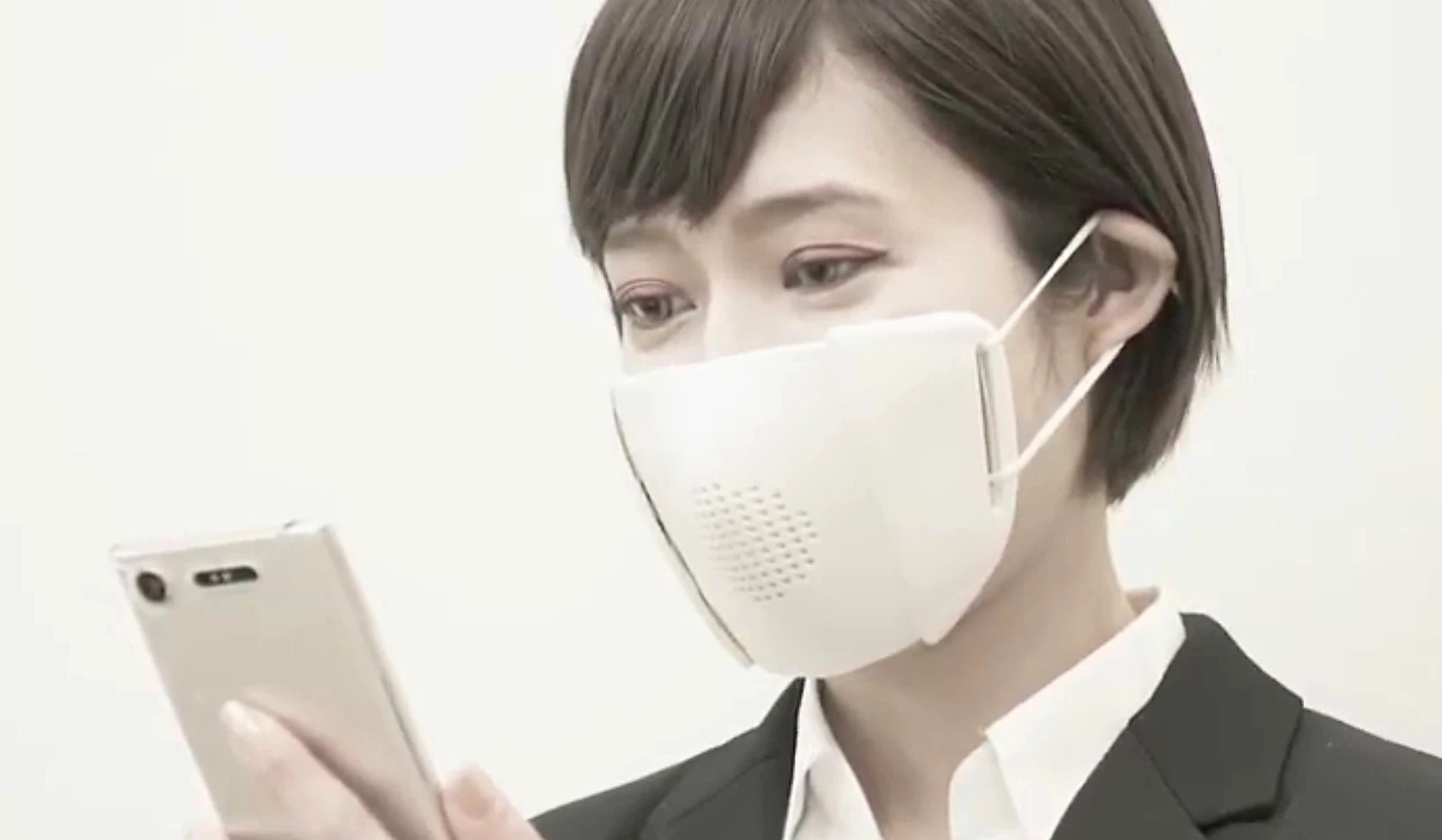 As deal with coverings become the norm amid the coronavirus pandemic, Japanese startup Donut Robotics has developed an world-wide-web-linked "smart mask" that can transmit messages and translate from Japanese into 8 other languages. The C-Mask also comes with a loudspeaker feature where you can send your voice out from your phone.

Donut Robotics came up with the idea out of desperation as the company needed a product to sell during the pandemic.

Regarding the launch of this mask, Donut Robotics CEO Taisuke Ono said, 'We have worked hard for many years to prepare the robot and now we are using the same technology in infection fighting products.

The company says it has already prepared a series of massive upgrades that would be rolled out in a revised version of the c-mask, including AR and VR support. When the coronavirus struck, it had just secured a contract to supply robot guides and translators to Tokyo's Haneda Airport, something that faces an uncertain future following the collapse of air travel. These texts are then sent through the user's smartphone. Ono says the company hopes to sell the masks in China, the U.S. and Europe in the near future.

A mask that is capable of connecting to smartphones and tablets along with helping in translation is being launched by a Japanese Startup.

To tackle these challenges and bridge the communication gaps, Donut Robotics, the company that built the famous Cinnamon robot, is offering the new c-mask.

The novel c-mask has been priced at around $40, which is about Rs. 3,000, and will start shipping in Japan by the end of the year.

Donut Robotics' first 5,000 c-masks will be shipped to buyers in Japan starting in September, with Ono looking to sell in China, the United States and Europe too.

Ono elevated 28 million yen ($260,000) for enhancement by advertising Donut Robotics shares through Japanese crowdfunding site Fundinno. Another goal, Ono revealed, is to generate enough income from subscriber services they intend to offer through an app that users can download.