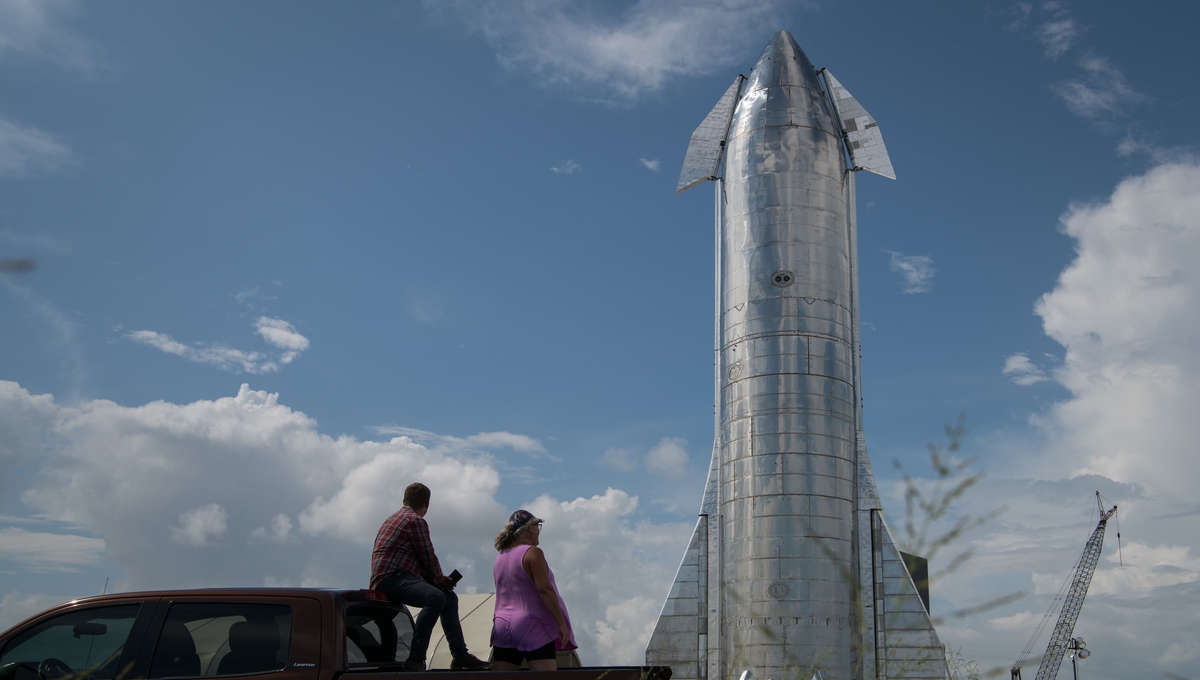 SpaceX's vision for travel to the moon, Mars and hypersonic travel around Earth will involve floating launch pads in the ocean, CEO Elon Musk said Tuesday.

The admission came after a job listing on the SpaceX website for an "Offshore Operations Engineer" that would work with a team engineers to "design and build an operational offshore rocket launch facility".

Starship is being referred by SpaceX as its next-generation transportation system that can take humans to Mars and other destinations in space.

In November, Musk tweeted that "most Starship spaceports will probably need to be [about] 20 miles offshore for acceptable noise levels, especially for frequent daily flights, as would occur for point to point flights on Earth".

The job posting for an Offshore Operations Engineer does not provide a date for when it was first published.

The job location has been designated in Brownsville, Texas which is close to Musk's SpaceX's testing site in Boca Chia.

"Today SpaceX is actively developing the technologies to make this possible, with the ultimate goal of enabling human life on Mars".

Musk also said that the floating spaceports would not affect people living on land.

He added the platforms "need to be far enough away so as not to bother heavily populated areas".

SpaceX continues to work on future Moon and Mars missions after the first manned space flight.

SpaceX head Elon Musk also confirmed the listing on his personal Twitter page yesterday. The launch & landing are not subtle.

Well, if you've only got 30 years, you better start hiring spaceport builders stat.

Musk also revealed that previous year he had told his SpaceX staff that building a Starship spacecraft is the top priority for the company.

Space.com reported that in a company email, Musk urged SpaceX employees to accelerate progress on Starship "dramatically and immediately".

This would be composed of Starship and the Super Heavy rocket booster. On June 15, SpaceX pressure-tested a Starship propellant tank to destruction, in a trial created to inform future designs of the spacecraft.

Musk quickly responded to news of the explosion.

After a few failures, the company's Starship SN4 prototype was able to clear a major cryogenic pressure test in April-end and is now moving towards short-hop flights, which will pave the way for initial orbital test flights in the coming months.

Cyberpunk 2077 Delayed (Again) Until November 19
Since then, all indications from CD Projekt Red have been that the game is "on track" and in the "final stages" of development. There's a fly in the ointment though, as CD Projekt Red has once again pushed back the game's release date to November 19. 6/19/2020

Beware the public toilet
The simulations show that nearly 60 percent of the ejected matter rises high above the seat for a toilet with two inlet ports. The researchers said that their study may also prompt manufacturers to rethink the design of toilets in the future. 6/19/2020

Sen. Amy Klobuchar says she will not be Joe Biden's running mate
Biden has vowed to choose a woman as his running mate, and now the odds greatly increase that the choice will be a woman of color. Top VP options include Senator Kamala Harris , Congresswoman Val Demings , and Obama-era national security advisor Susan Rice. 6/19/2020

EA Shows Off STAR WARS: SQUADRONS Gameplay
As EA points out, everything will be earned exclusively through gameplay, and not via microtransactions. Players will create a new pilot for each side and will bounce between the factions between each mission. 6/19/2020

Fauci warns National Football League 'may not happen this year' due to virus
The NFL's first regular-season game is still nearly three months away, so the entire outlook can change many times. Teams are required to report for training camp at their practice facility on July 28, as now scheduled. 6/19/2020

Supreme Court rejects Trump's attempt to end DACA
President Donald Trump and his allies have been vehement critics of DACA, claiming that it encourages illegal immigration. President Trump has called the decision "a highly political one", and has indicated plans to start the process again . 6/19/2020

Ford Active Drive Assist Promises Hands-Free Driving By 2021
Unfortunately for customers, they will have to wait until next year for Active Drive Assist to be available on the Mustang Mach-E. Both allow highway drivers to take their hands off the wheel, though they're expected to keep their eyes focused on the road. 6/19/2020

Sonu Nigam reveals falling prey to power play by a Bollywood actor
He also stated that nine singers get roped in for one song. "Please be a little easy on them". But the younger kids who have just arrived in the industry, it is very tough for them. 6/19/2020

Will Steve Hutchinson be inducted into another Hall of Fame in 2021?
Jared DeVries, Iowa-Defensive Lineman - 1998 consensus First Team All-American and 1997 Big Ten Defensive Lineman of the Year... The NFF announcement for the 2021 class will be made in early 2021. 6/19/2020

'Ring of Fire' Solar Eclipse to Occur in China on Sunday
It is a commonly heard myth that food and water should be avoided during the period that the solar eclipse is occurring. This is a special solar eclipse as it will fall with the summer solstice which is the longest day of 2020. 6/19/2020

Apple may rename iOS to iPhoneOS
All the news regarding the software will be revealed at Apple's WWDC 2020 Conference which is scheduled for June 22. Nevertheless, the week-long conference is still taking place. where we can expect lots of big announcements. 6/19/2020

Coronavirus: American Airlines passenger removed for not wearing mask
The 43-year-old right-wing campaigner had been on his way to a Trump Rally in Tulsa onboard flight AA1263 with American Airlines. The Federal Aviation Administration has declined requests by airlines and their labor unions to make masks mandatory. 6/19/2020

Napoli beat Juventus to win Coppa Italia
The success came for former Italy World Cup victor Gattuso after the death of his 37-year-old sister Francesca from a rare illness. 6/19/2020

Lloyd's of London Apologises Over Slavery Links
Nine British firms were found to have benefited either directly or indirectly from compensation after slavery was abolished. The companies are highlighted in a University College London database exploring the legacies of British slave ownership. 6/19/2020