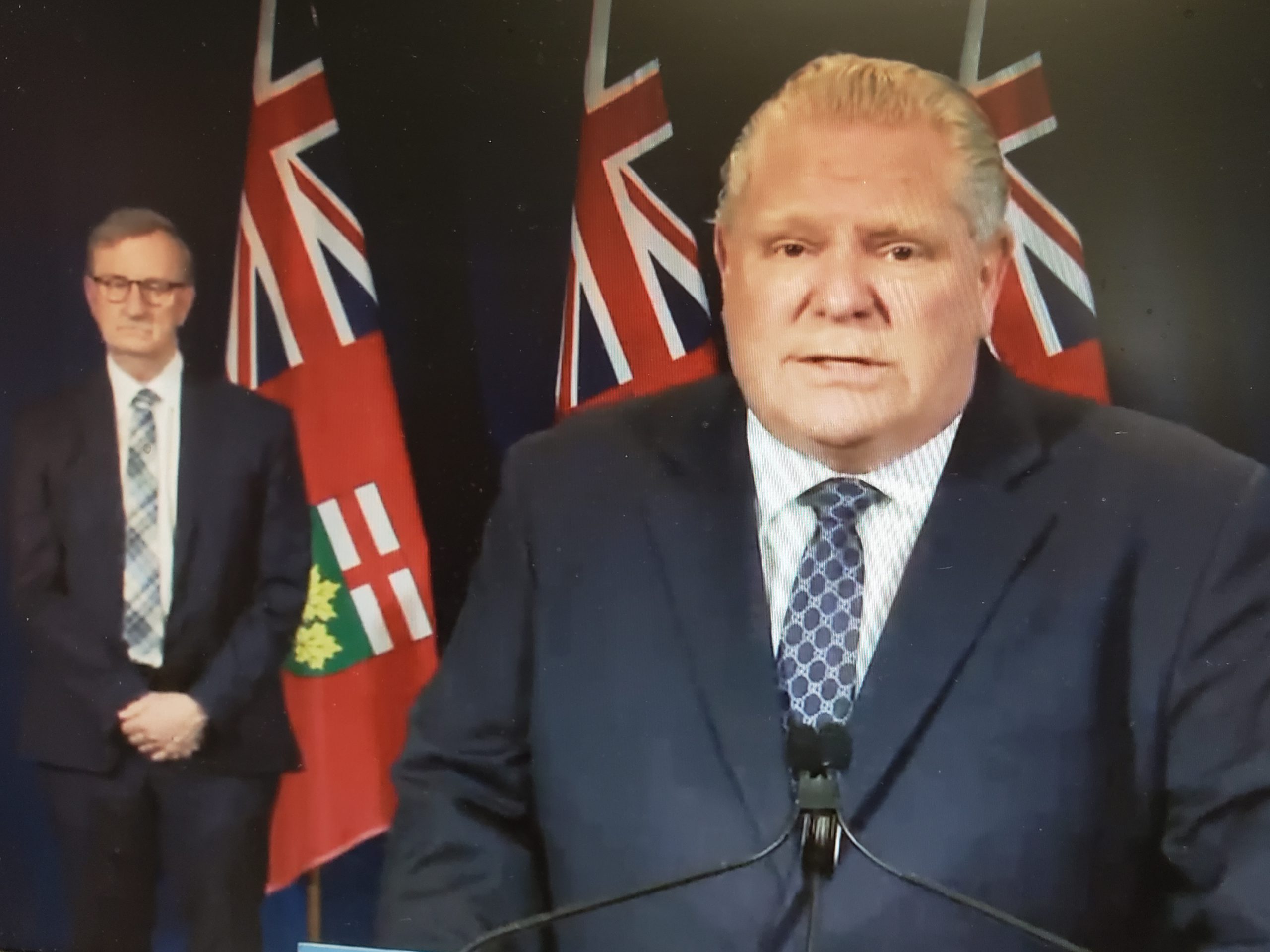 But he also noted that while some premiers support the idea, others are concerned about the potential risk of cases of COVID-19 being imported into their provinces.

In contrast to Thursday where Ford seemed resistant to considering a "regional" approach to reopening parts of the province where there are fewer cases of COVID-19 he now says, "everything is on the table" but it will depend on the advice from health officials.

More than half - 201 cases - of the new infections were from Toronto.

Over the weekend, the province issued expanded guidance on asymptomatic testing for individuals living in the community and a few Toronto assessment centres have been seeing an increase in walk-in traffic since Ford's announcement.

More news: Windows 10 May 2020 Update is brimming with annoying issues

The provincial total of confirmed cases now stands at 27,210 with 77.1 per cent considered resolved.

Ontario has meant to do 16,000 tests per day throughout May, and while it has met that goal less than half of the time, the numbers have increased in recent days, with 18,525 tests reported today.

Forty-one more people have died, bringing the total death count to 2,230. In Northwestern Ontario, there have been 103 cases and a rate of 43.3.

However, the Ministry of Long-Term Care Daily Report says there have been 129 outbreaks reported in long-term care homes with 1,591 resident deaths.

In total, there have been 300 outbreaks at long-term care homes, 140 outbreaks at retirement homes and 84 outbreaks at hospitals in the province, according to Public Health Ontario.

Ford was asked if inspectors refused to go into the long-term care homes and the answer was yes.

In an interview with CP24, Tory announced that as the province starts to slowly reopen, he wants to ensure that Toronto and the GTA are ready before making any big moves.