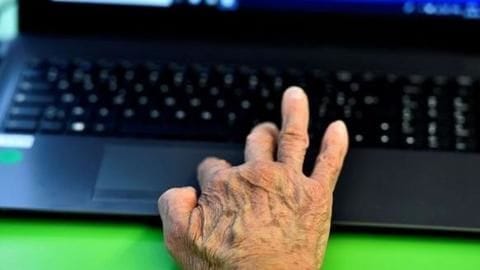 The victim's son was charged with second-degree murder on Thursday.

Dwight Powers, 72, was participating in a Zoom meeting at his Amityville home when son, 32-year-old Thomas Scully-Powers, came into the frame and fatally stabbed him, police say.

The fatal stabbing of Powers appears to be the first slaying to occur on a Zoom chat during the coronavirus pandemic.

More news: China may pass bill to crack down on Hong Kong opposition

According to the report, a spokesman for the Suffolk County police said that people on the call reported seeing Mr. Powers in the meeting with them and then suddenly realized that he was no longer onscreen.

The son used several knives in the attack and sliced his father's throat to the bone from ear to ear, prosecutors reportedly said. One witness, who was not identified, calls what they saw freakish.

A NY man was murdered while participating in a Zoom meeting online.

In a statement, Suffolk County police said further information would be provided once the suspect, who sustained minor injuries, was treated and discharged from hospital.

An unnamed witness told WABC that people watched as Scully-Powers stripped the sheets from a bed and laid them on the ground, as if to cover something.

WABC reported that Scully-Powers answered the door, slammed it close upon seeing the police, ran upstairs, and then jumped from the second-story window.

More news: Valorant Will be Publicly Available in June