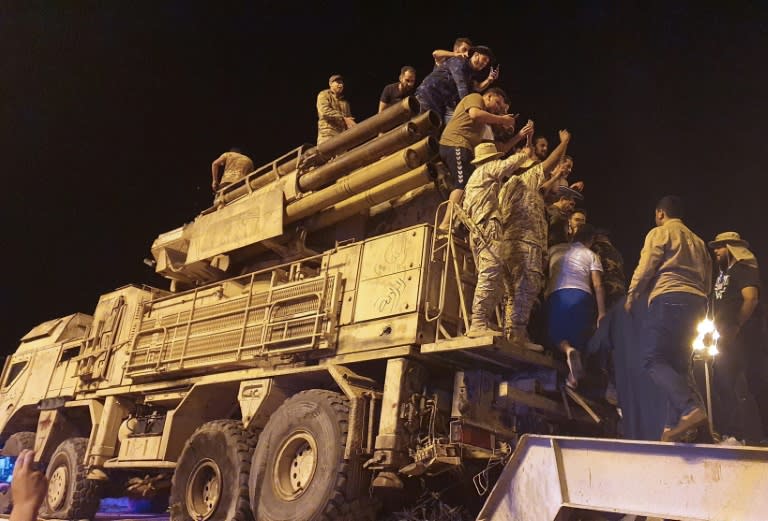 Forces allied with Libya's United Nations -supported government in Tripoli said on Thursday that they have wrestled another key town from their rivals who have been trying to capture the Libyan capital for over a year.

Turkey warned on Thursday (May 21) that attacks on its interests in Libya by military commander Khalifa Haftar's forces will have "very grave consequences", after advances by the country's Turkish-backed government.

This development comes two days after the capture of Al-Watiya airbase by GNA forces and only one day after seizing control of Tiji and Badr towns, leaving the fleeing forces of Haftar barricaded now in Tarhouna and Mizda as their last western region footholds. On Wednesday, the LNA announced it was withdrawing two to three kilometres to ease conditions for Tripoli residents at the end of the Muslim holiday Ramadan.

In addition to the eastern airbase, the Tripoli government forces took the town of Asaba, which lies on the route to the largest remaining LNA stronghold in northwestern Libya, Tarhouna, which has now become the focus of the conflict.

The United States supported the UN statement. The Tripoli-based GNA is backed by the United Arab Emirates, Egypt and Russian Federation, and the GNA is supported by Turkey and allied Syrian fighters.

"Hereby, we once again remind that, if Haftar's putschist elements target Turkish interests in Libya, this will have serious repercussions and that we will consider them as legitimate targets".

The LNA launched its campaign to take Tripoli last April, initially making inroads before reaching a stalemate with GNA forces.

Since 2014, Libya has been split between rival factions based in Tripoli and in the east, in a sometimes chaotic war that has drawn in outside powers and a flood of foreign arms and mercenaries.

Turkey has had frayed ties with the UAE and Egypt for years.

It also maintains for training an L-39, a Czechoslovakian-built jet, which made its first flight in 2018 after more than 31 years in storage.