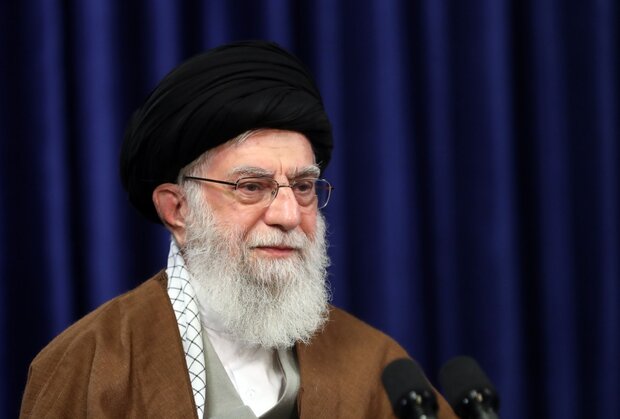 Iran's Supreme Leader Ayatollah Ali Khamenei called on Palestinians on Friday to continue their uprising against Israel, suggesting the Israeli government was a "tumour" that should be confronted until Palestinians were liberated.

Khamenei's official website featured a poster depicting people celebrating on the Temple Mount in Jerusalem after apparently capturing it from Israel. 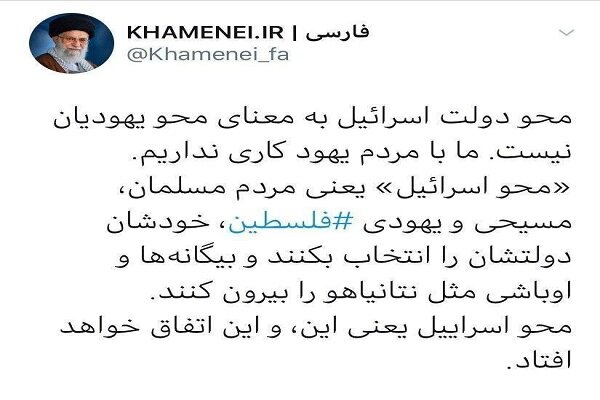 Due to the coronavirus pandemic, Iran largely asked demonstrators to stay home. He repeatedly referred to Israel as a "cancer" or "tumor" during the speech, criticizing the USA and the West for equipping it with "various kinds of military and non-military tools of power, even with atomic weapons".

Referring to the regional leaders that have allegedly been seeking to normalize the relations with Israel as "traitors", the statement said the strategy adopted by the "Axis of Resistance" under "Iranian leadership" has had decisive achievements which herald the "fall of the Zionist regime". "It will undoubtedly be uprooted and destroyed".

More news: Victoria's Secret to permanently close 250 stores across Canada and US

Held each year on the last Friday of the Muslim holy fasting month of Ramadan, Al Quds is the Arabic name for Jerusalem, and the day is an occasion to express support for the Palestinians across the Muslim world. The late Palestinian Liberation Organization leader Yasser Arafat was among the first people invited to Iran after the revolution.

The military force also vowed to continue to fight Israel and said the Palestinians remain its top priority.

Opposition to Israel is a touchstone of belief for Shi'ite-led Iran, which backs Palestinian and Lebanese Islamic militant groups opposed to peace with the Jewish state, which Tehran refuses to recognise.

U.S. Secretary of State Mike Pompeo on Wednesday blasted Iran's titular "supreme leader" for a flurry of "disgusting and hateful anti-Semitic remarks" posted to his Twitter feed. Israel's Foreign Ministry offered a tweet of its own over the picture, writing: "We have experience with leaders who talk about 'final solutions, ' and we promise: Not on our watch".

Coronavirus: No decision on fans at U.S. Open
Ken Venturi in 1964 as well as Orville Moody in 1969 are the only US Open champs that made it through both phases. The PGA Tour is about to re-start on June 11 with the Charles Schwab Challenge in Fort Worth, Texas. 5/22/2020