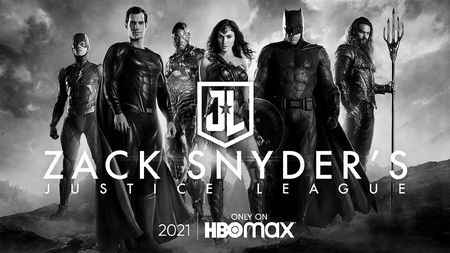 For the past three years, fans have been petitioning for the release of the "Snyder Cut" on the internet without giving up. "Also a special thank you to all of those involved in the SnyderCut movement for making this a reality", offered Snyder.

Warner Brothers made a decision to bring in Joss Whedon of Avengers: Age of Ultron fame as a replacement for Snyder. Whedon then chose to write and shoot new scenes, which pushed Justice League's budget to $300 million (about Rs. 2,273 crores).

"Since I got here 14 months ago, the chant to #ReleaseTheSnyderCut has been a daily drumbeat in our offices and inboxes". Well, the fans have asked, and we are thrilled to finally deliver. While they have yet to provide an official release date, look for the new and hopefully improved Justice League to land at some point next year. It's certainly possible, but we can expect a pretty decent marketing campaign, especially as Warner Bros. will be wanting to boost HBO Max subscription numbers. For one, a report claimed that Snyder's original cut was deemed "unwatchable". In 2017, Snyder was directing the film that features Superman, Batman, Wonder Woman, Aquaman, Cyborg and Flash. Snyder made the announcement today at the end of a Vero Watch Party for his 2013 Superman movie Man of Steel alongside his wife, producer Deborah Snyder and Superman himself Henry Cavill.

The Snyder duo is now trying to reassemble much of their original postproduction crew to cut, score, and add new visual effects. It's possible that Justice League cast members will also return, if any new dialogue has to be recorded.

WarnerMedia has announced that the Snyder Cut will be released on HBO Max in 2021.