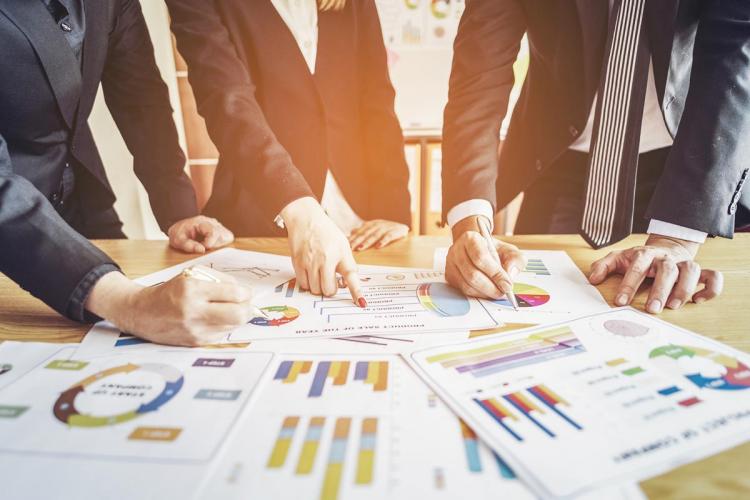 The industry body's month-long e-survey, which was conducted to study the impact of the COVID-19 pandemic on Indian startups, found that around 40 percent of startups have either temporarily shut down operations or are on the verge of shutting down. Out of the blue, this flourishing growth saga has suddenly been hit by a roadblock: the COVID roadblock. A month-long survey undertaken by Nasscom (National Association of Software and Service Companies) to gauge the impact of COVID on startups has revealed that 90% of startups are facing a decline in revenues, almost 30-40% are temporarily halting their operations or in the process of closing down, and 70% of startups have a cash runway of less than 3 months, with early stage and mid stage startups the worst affected.

More than half the startups said they are looking to pivot to newer business opportunities, with verticals such as healthcare and technologies such as artificial intelligence (AI) and Internet of Things (IOT) being the top choice.

Further, the worst-hit segments are early and mid-stage businesses, especially in the business to consumer space. In terms of steps taken to address the impact, 70% of B2B startups are opting for substantial marketing spend reduction and 3 out of 4 low revenue startups are going for pay-cuts. About 34 per cent of startups have seen revenue fall of over 80 per cent, it added.

While 70 per cent of travel and transport startups reported suffering 40 per cent revenue plunge, 14 per cent of edtech, fintech and healthtech startups expect growth in revenue amid the crisis, the survey added.

For the remaining startups (over 60 percent), the decline in revenues is expected to be more than 40 percent.

The disruption is being felt across the value chain with growth and business development the most impacted for 36% startups.

One in three startups have either temporarily halted operations or are in the process of closing down due to the impact they have faced from the COVID-19 crisis. Many additionally requested aid in taxations for just a few years.

According to sources, around 70% startups have cash reserves to last a little over two months.

To combat the funding crunch, startups are resorting to several measures such as seeking government support, loans from banks and non-banking financial institutions, and capital infusions from existing and new investors, the survey showed.

To ensure that the Indian startup movement and its growth trajectory is not derailed, coordinated support from key stakeholders is the need of the hour. Nasscom also put forth its recommendations on funding support and fiscal relief for startups.

SARS antibodies can block Covid-19 infection says study
The antibody, called S309, targets the "spike proteins" found on the outside of the virus that are used to invade our cells. That is probably why this antibody, instead of being single-minded, is able to act against related coronaviruses. 5/21/2020

William and Kate broadcast mental health radio message with celebrity supporters
In the clip, which was later shared on the Heads Together Instagram page, William said: "We're all connected". While Kate echoed his words saying: "If you're struggling, it's important to talk about it". 5/21/2020

Whatcom health department reports 1 new coronavirus case and no deaths Tuesday
In northwest Iowa's RMCC Region Three, 85 individuals are hospitalized with COVID-19, which is three less than the previous day. Two new infections have been reported among staff at the facility, increasing the confirmed case count to 76, MDOC said. 5/21/2020

Google introduces dark mode setting
The light-on-dark option has started rolling out on the app and will come out to more devices through the course of the week. Dark modes have been hugely popular with users because they can conserve battery life on smartphones with OLED displays . 5/21/2020

Danny Rose: Players are being treated like 'lab rats'
LaLiga will step up its preparations for a return to action, with group training of up to 10 players allowed from Monday. 'We need enough preparation to get these players into shape or they are just going to fall down like a pack of cards. 5/21/2020

NC Expected To Begin Phase 2 Friday, Allow 50% Restaurant Capacity
If the state moves to Phase Two, the plan calls for the stay-at-home order to be lifted. Read Frequently Asked Questions about Phase 2 . 5/21/2020

BBC launches experimental tool to watch programmes together during lockdown
The idea is that everyone in your chosen group will be shown the same content at the same time, a bit like a Netflix party . It is available through the BBC's experimental website Taster. 5/21/2020

Iran's supreme leader says Americans will be expelled from Iraq and Syria
Tehran will reportedly receive at least nine tons of gold in exchange for supplying gasoline to Venezuela. The first Iranian tanker is expected to reach the Venezuelan shores on May 25. 5/21/2020

Mother Intentionally Sets Car On Fire With Her Son Inside
Watson parked her auto on the interstate and allegedly lit the vehicle on fire with Kairon still sitting in the back seat. She was charged with attempted murder, arson, abuse and infliction of great bodily injury upon a child, the report said. 5/21/2020

BBC Three could relaunch as linear channel
Previously, independently produced shows would be available for up to 30 days on the streaming service. It will have financial implications for the BBC, but that doesn't mean we can't make choices. 5/21/2020

Astronauts arriving for NASA’s 1st home launch in decade
The flight is the first of several planned for the SpaceX/NASA joint venture to the International Space Station. NASA test pilots Doug Hurley and Bob Behnken departed Houston aboard one of the space agency's jet planes. 5/21/2020

Roger Marshall, Kansas Republican and doctor, taking hydroxychloroquine to fend off coronavirus
There have been several clinical trials to see whether the drug is effective in fighting the virus. "And because he says it, then he believes it", Pelosi went on. 5/21/2020