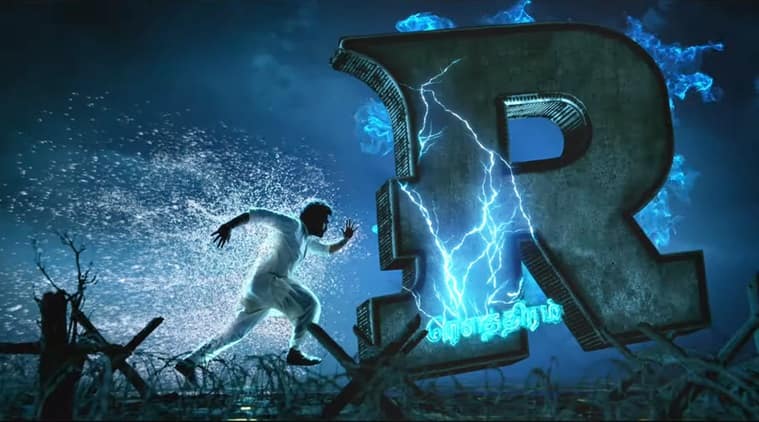 Ajay Devgn, who has an extended cameo in the film took to his Twitter page to share the motion poster and wrote, "Happy #GudiPadwa everyone.When the powers of opposing forces like fire and water come together, intense energy is what you'll have!"

The motion poster and logo of SS Rajamouli's much-awaited biggie, RRR was launched online on Wednesday, day one of the 21-day lockdown announced by Prime Minister Narendra Modi. What happens when these two forces with huge energy come together?

Ahead of releasing the motion poster, Rajamouli tweeted to say, "t's a time of global crisis. We are launching the long-overdue Title Logo with Motion Poster of #RRRMovie". The film's star cast that includes Jr NT Rama Rao, Ram Charan, Alia Bhatt and Ajay Devgn also shared the poster on their Instagram profiles. "The country is locked down for a reason there should be no reason for a social gathering". We wanted to do our bit in lifting up everyone's spirits. Stay Safe. Stay Online. Are water (NTR as Komaram Bheem) and fire (Ram Charan as Alluri Seetharama Raju) two opposing forces in this gargantuan period drama set in the 1920s?

Olivia Morris, Thor famed actor Ray Stevenson, and Alison Doody have also been roped in for important roles. Produced on an estmated budget of Rs 450 crore, the film is likely to hit cinemas on January 8, 2021. While Ram Charan is playing the role of Alluri Seetharamaraju, NTR will be seen as Komaram Bheem.

Ben Affleck, Ana de Armas Quarantine Together After Costa Rica Vacation
The source added: 'She is happy in her own life and supportive of him and happy for him and his relationship'. Before returning to LA they were in highlights when they were seen on a vacation in Cuba and Costa Rica . 3/25/2020

Google Podcasts App May Be Coming Soon to iOS With Refreshed Design
The apps will be made available as a universal purchase after Apple's app review team approves at least two platform versions. Google Podcasts app is expected to launch soon on iOS after being available on Android for a couple of years now. 3/25/2020