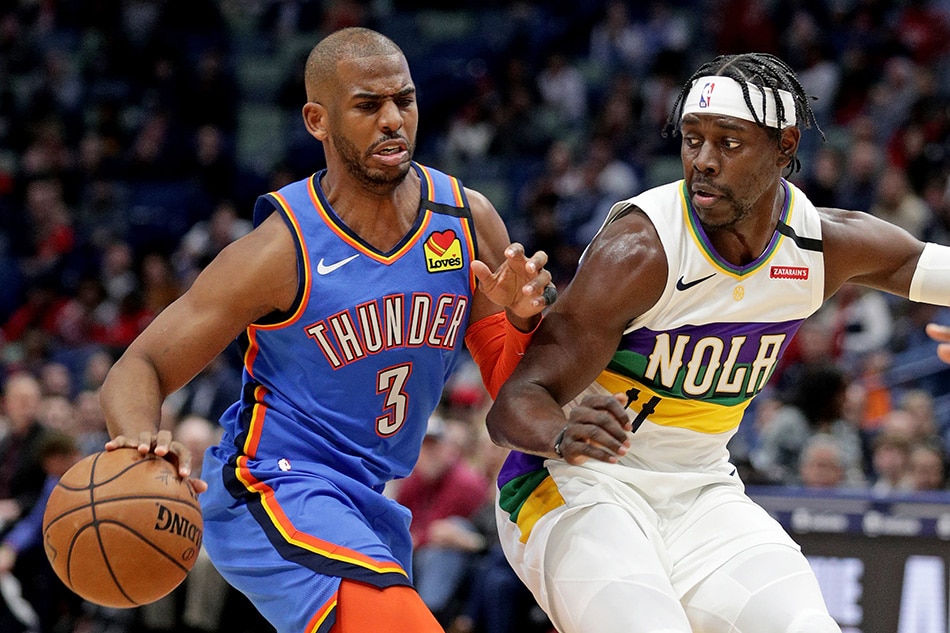 Adams sunk a shot from over half-court at the halftime buzzer of his Oklahoma City Thunder side's game against the New Orleans Pelicans - but what made it all the more ridiculous was the phenomenally casual nature of the attempt. The over/under total for the contest is listed at 231.5 points. Defensively, OKC is allowing just 107.9 points per game while opponents are shooting 45.6 percent against them. Shai Gilgeous-Alexander is leading Oklahoma City with 19.5 points plus 6.1 rebounds per game on the season. New Orleans rolled to a 138-117 home win over Portland in their last game Tuesday night.

Danilo Gallinari scored 29 points, one shy of his season high.

Paul made a 3-pointer to put Oklahoma City back on top, and Muscala had eight points during a 14-0 run that gave the Thunder a 94-81 lead. The Thunder can look to Steven Adams (10.7 points, 9.3 rebounds) and Dennis Schroder (19.2 points, 3.8 rebounds, 4.1 assists) in order to get their offense going. In the Western Conference playoff picture, the team stood tied for 10, 4.5 games behind the Grizzlies for the final playoff spot.

The Thunder have won all three meetings with the Pelicans this season, but New Orleans didn't have Zion and the Pelicans weren't playing almost as well as they are now. The Pelicans have covered in all three wins as well. New Orleans shot 53.3 percent from the field, including 14 of 34 from three-point range, and won the rebounding battle 50-40. Jrue Holiday is the third double-digit scorer and JJ Redick is dishing two assists.

The Pelicans are putting up 115.7 points per game on offense this year while shooting 46 percent from the field. The public betting now has 76 percent going on New Orleans as the home favorite. The Pelicans are really clicking on offense, scoring at least 124 in their last three games.

We cover every game, every day - and always free!