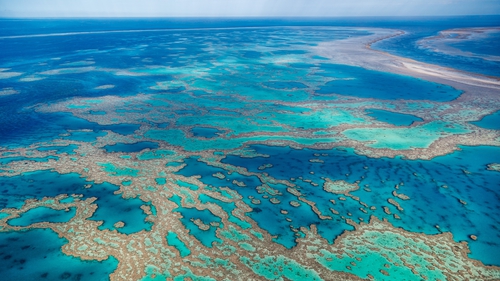 That might sounds alarmist, but the metaphor was elucidated simply by the study's lead author, Lijing Cheng, an associate professor at the International Center for Climate and Environmental Sciences at the Chinese Academy of Sciences.

Researchers say they are particularly concerned about the Southern Ocean warming and it's affects on the Antarctic Ice Shelves.

Last year, Earth's oceans were the warmest they've been since scientists started keeping track in the 1950s.

Out of this analysis, they found that over the past 60 years, the more recent warming was about 450 per cent that of the earlier warming, which reflected a huge increase in the rate of climate change globally. Researchers found that world oceans reached their warmest level in 2019, amid 5 years that were the warmest 5 for oceans on record and 10 years that were warmest 10. As such, scientists warn that the ocean will likely continue to warm even if carbon emissions are reduced and global warming is slowed.

"There are no reasonable alternatives aside from the human emissions of heat trapping gases to explain this heating", Cheng said.

"We are now at five to six Hiroshima bombs of heat each second", study co-author John Abraham, a professor of mechanical engineering at the University of St. Thomas, told CNN.

"The key to answering this question is in the oceans - that's where the vast majority of heat ends up".

The study, published in the journal Advances in Atmospheric Sciences, said that previous year the ocean was 0.075 Celsius hotter than the historical average between 1981-2010.

The worldwide team of 14 scientists from 11 institutes across the world, call for action to reverse climate change.

The info also suggests that the sea-level rise, extreme weather events, and ocean acidification could be worsening as the oceans keep absorbing more and more heat.

To analyze temperature changes in the oceans, Cheng and the team used all of the available data - measured from a number of different devices, including 3,800 drifting so-called Argo floats scattered across the oceans - published by the World Ocean Database and the National Oceanic and Atmospheric Administration.

Global warming has led to waves of ocean heat in the Tasman Sea and other regions.