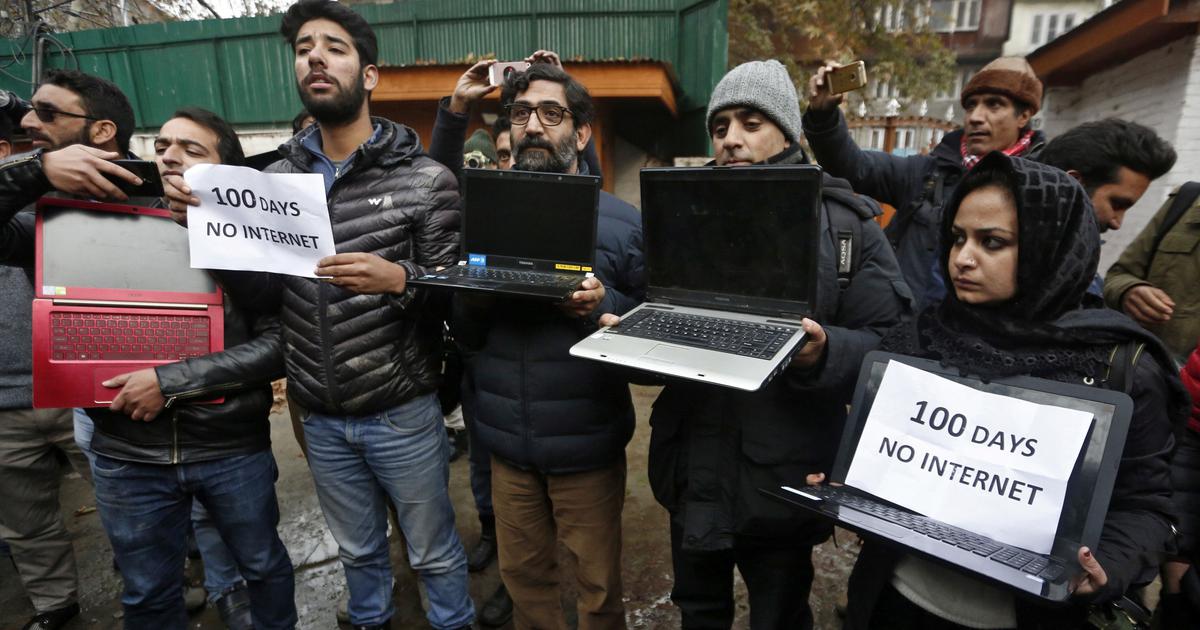 Under the new directives, internet service providers will provide broadband internet facilities to all institutions dealing with essential services and government offices as well as hotel and travel establishments to "facilitate tourism".

Kansal said in light of the constitutional changes made in relation to Jammu and Kashmir in August previous year, a number of restrictions were imposed to prevent externally aided terrorists from disturbing peace and inflicting casualties on citizens.

The order also said that based on the intelligence inputs and assessment of the law and order situation obtaining on ground,"the law enforcement agencies have inter-alia reported about the sustained efforts being made by the terrorists to infiltrate from across the border, re-activate their cadres and scale up anti-national activities in Kashmir Division as well as terrorism affected areas of the Jammu Division, by communicating effectively with their operatives through Voice on Internet Protocol (VOIP) and encrypted mobile communication through various social media applications to co ordinate and plan terror acts".

In Kashmir, however, the ban on both mobile internet and broadband services for ordinary citizens, would continue, though the administration said it would open 400 more internet kiosks where the public could go in case of urgent need.

Internet services have been suspended in the region since 5 August, when India revoked its semi-autonomous status and split it into two federally-administered territories.

However, only "white-listed" sites such as e-Banking services will be accessible; VPN services and social media apps will be still inaccessible.

" "...they shall take all the necessary precautions, including appointment of nodal officers, keeping a record of persons/devices, managing and monitoring day to day usage, changing accessibility credentials on a daily basis..."

On Jan 10, India's Supreme Court, while hearing petitions challenging the restrictions on movement and communication imposed in the valley since August 5, 2019, said freedom of internet is a fundamental right and ordered the administration to review all restrictive orders within a week. There will be a total ban on social media, though.

"The aforesaid directions shall be effective from January 15, 2020, and remain in force for a period of seven days, unless modified earlier".