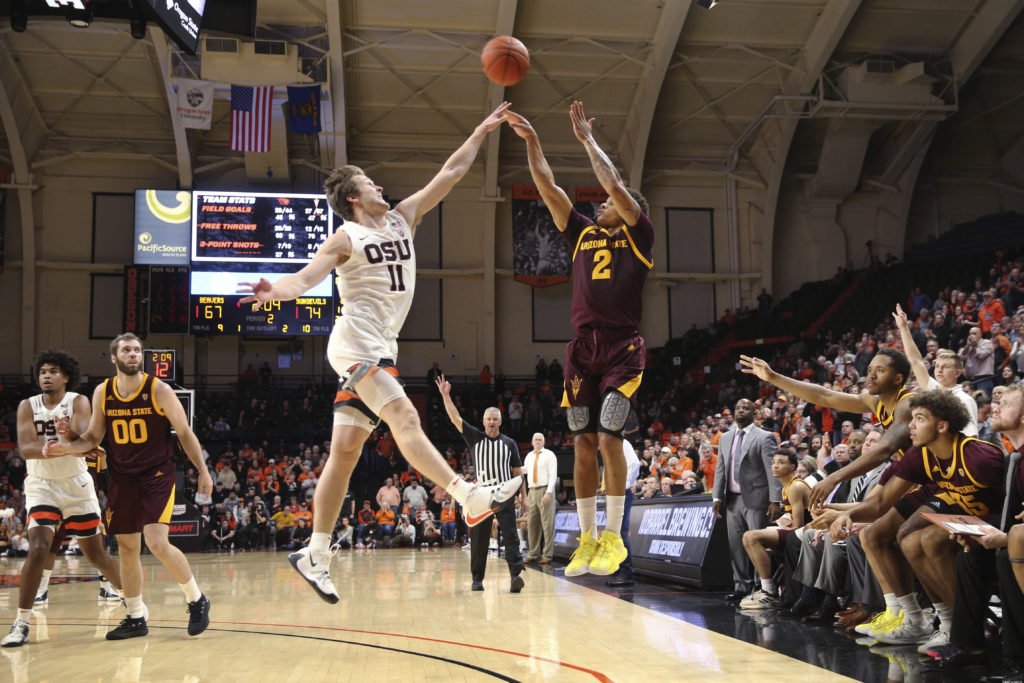 The Wildcats' average margin of victory in their last five games has been 14.0, down from 17.7 for the season. The Ducks lead the all-time series between the programs 44-43 and have won the last two meetings.

ASU finished the game with 13 assists and 10 steals converting 17 OR turnovers into 17 points. The ducks were 15th in the NET ranking, while the Sun Devils were 61st. The Ducks shot 49 percent from the floor, but just 28 percent from beyond the arc. The Sun Devils drain 6.5 triples a night and shoot 30.3 percent of their long-range attempts.

The Ducks took the court in Tucson, Arizona on Sunday ready to rebound from a tough loss to Arizona State on Friday night. The Ducks won their second straight after losing their conference opener at Colorado last week to improve to 2-1 in the Pac-12. The Beavers trailed 36-25 at halftime and were unable to bounce back. Oregon State ranks 133rd in assists allowed per game (12.7). The Ducks came up with the stops on the defensive end to secure the win in a hectic final 15 seconds. Nico Mannion paced Arizona with 20 points on 9-of-17 shooting including 1-of-5 from 3-point distance plus 1-of-1 at the free throw line. OR scored 9 to 18 from a distance to take the 40 to 31 lead at halftime.

While the Ducks lost, the top team in the country, CT also dropped a game to Baylor earlier this week, snapping a 98 game home winning streak.